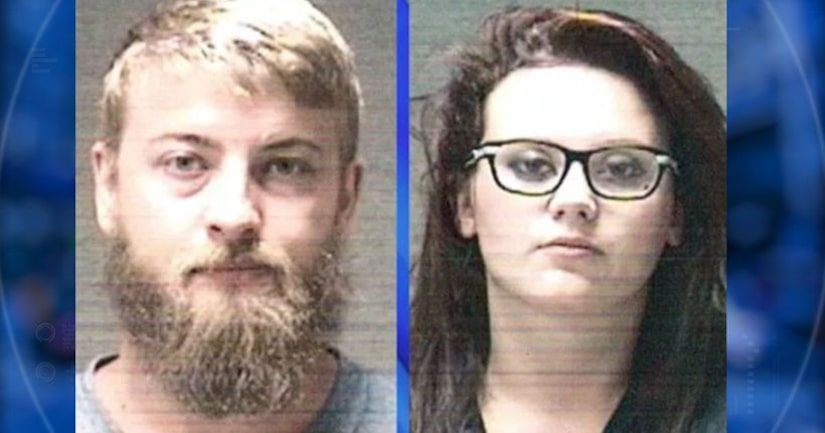 MUNCIE, Ind. -- (WXIN) -- The parents of two Muncie toddlers were arrested Monday after authorities say the children were found alone near train tracks in only diapers.

A man contacted law enforcement at about 5:41 p.m. when he spotted the children running around in “the pouring rain” near the intersection of Lincoln and Adams, according to a probable cause affidavit.

“He stated he had witnessed trains just go by and he knew there were some coming soon,” the affidavit says.

The Muncie Star Press reports the children were only 1 and 2 years old. An officer responded and transported them to City Hall, where he changed the children's dirty diapers. In one of the diapers, he found dog food, which the affidavit says is “a possible sign of food hoarding.” Officers say they got the kids McDonald's and they ate it all, appearing hungry and thirsty.

DCS responded, collected the children and placed them in foster care.