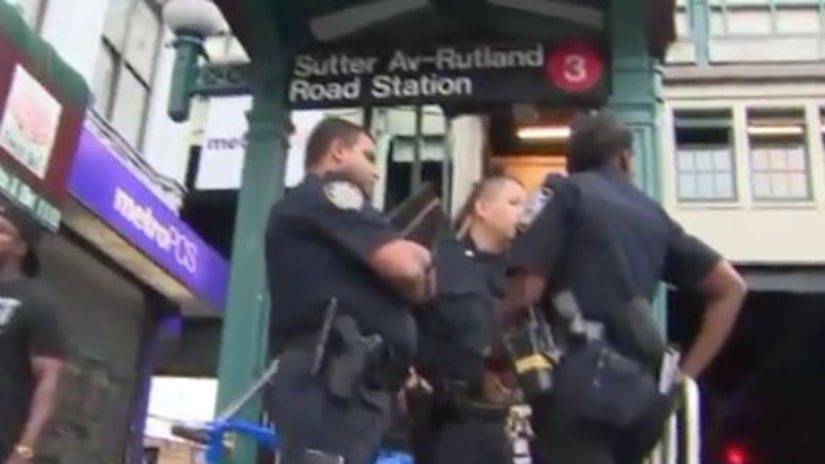 BROOKLYN, N.Y. -- (WPIX) -— An off-duty transit worker was shot on a train Tuesday night after a group of people on the subway argued, officials said.

The victim, who police sources identified as 47-year-old Carlo Thorne, a hydraulics supervisor for the MTA, was on a southbound 3 train when a dispute started around 6:20 p.m., officials said. Someone pulled out a gun and fired once, hitting the transit worker in the arm at the Sutter Avenue/Rutland Road Station.

He was not the intended target, police said. The transit worker was taken to a local hospital for treatment.

Police have not yet released a description of the shooter. Three out of ten suspects were detained at the scene and questioned in connection to the shooting Tuesday night, authorities said.

This was the first shooting on a train in three years, transit officials said.