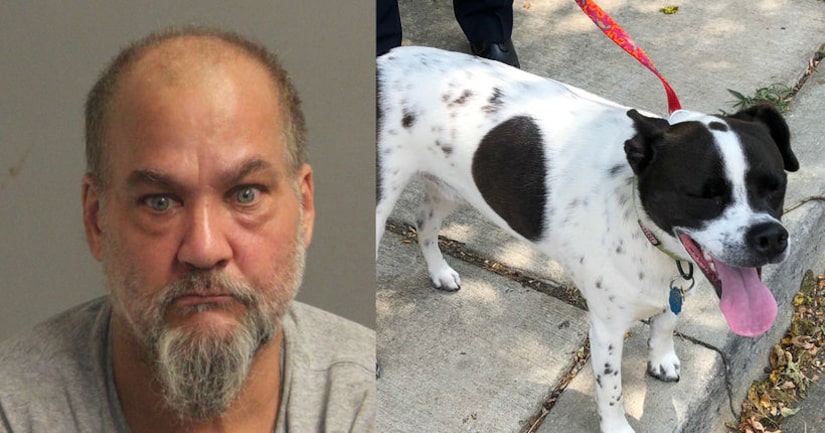 ANNE ARUNDEL COUNTY, Md. -- (WBFF) -- A man was arrested Wednesday after he was accused of dragging his dog behind his car to punish it for escaping his yard in Linthicum Heights, Maryland according to authorities.

Anne Arundel County Police say they were called to the 200 block of Charles Road Saturday at around 8:55 p.m. after someone reported that they saw 53-year-old Herbert Sensibaugh dragging his dog from his car. Officers responded to the scene and took down Sensibaugh's information before coming back Monday with Animal Control Officers.

Police say they found Sensibaugh's dog "Rebel" with an apparent limp and blood on its right front paw and Animal Control Officers took the dog to the veterinarian.

Police obtained a warrant Tuesday then arrested Sensibaugh Wednesday at 1 a.m. During the arrest, officials say officers found some suspected cocaine, 68 Oxycodone pills, 15 morphine pills, and 12 Endocet pills in his home. Sensibaugh is charged with four counts of animal cruelty.