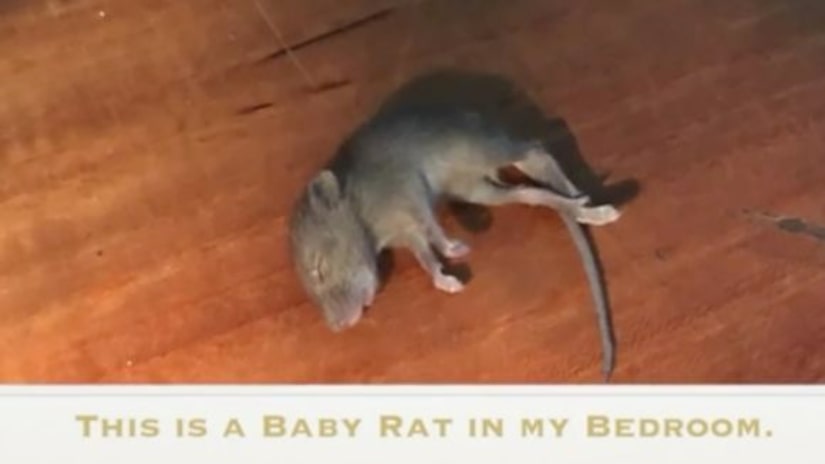 BROOKLYN, N.Y. -- (WPIX) -- A rat crawling next to a sleeping baby. Toxic dust tracked into people's apartments. Construction noise all day, every day — even weekends — so loud that people can't have conversations in their apartments without shouting.

Those are some of the conditions seen, and heard, in a video recorded at a building as it was being developed by Jared Kushner. The difficult living conditions were the subject of a lawsuit against the son-in-law of President Donald Trump, filed in Brooklyn Supreme Court on Monday.

"Nobody can talk under these conditions," says the videographer, Sabine Anton, in the video. Anton is a German journalist and documentary filmmaker who lived in the building while it was being gut renovated by the Kushner Companies, prior to Jared Kushner becoming a special advisor to President Trump in 2017. Anton is one of the plaintiffs in the lawsuit.

"Nobody told us it would be so loud," she says in the video, as she tries to speak over sounds of drilling, hammering and banging from construction crews.

The 9-minute video also captures some of the other conditions listed in the legal action filed Monday morning. It shows various images of rats and mice that have appeared in the building at 184 Kent Avenue since renovations began three years ago.