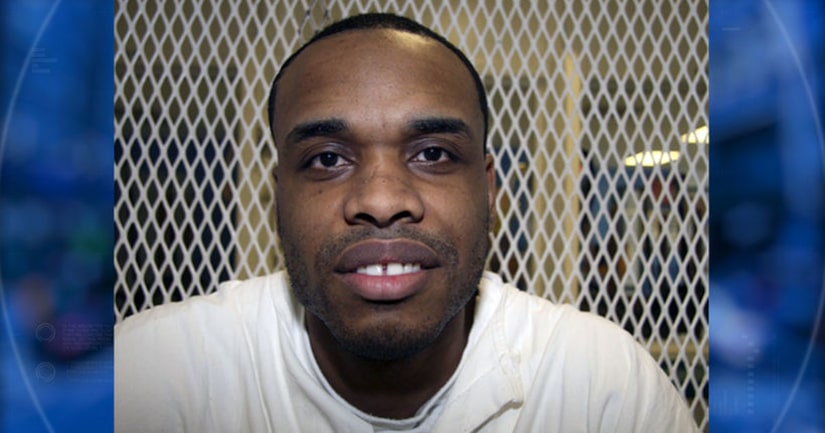 By Michael Graczyk/AP, via KABB:

HUNTSVILLE, Texas -- (KABB/AP) -- A Texas death row inmate was set for execution Tuesday evening as lawyers argued in the courts that the state parole board improperly refused his clemency request because he's black.

Christopher Young was condemned for fatally shooting a San Antonio convenience store owner during an attempted robbery nearly 14 years ago. Young, 34, has never denied the slaying, which was recorded on a store surveillance camera, but insisted he was drunk and didn't intend to kill 53-year-old Hasmukh "Hash" Patel after drinking nearly two dozen beers and then doing cocaine that Sunday morning in November 2004.

A federal judge in Houston earlier Tuesday dismissed a lawsuit his attorneys filed against the Texas Board of Pardons and Paroles after the panel last week rejected a clemency plea where they argued he was "no longer the young man he was when he arrived" on death row, that he was "truly remorseful" and that Patel's son did not wish the execution to take place.

In the civil rights suit, his lawyers argued a white Texas inmate, Thomas Whitaker, received a rare commutation earlier this year as his execution was imminent for the slaying of his mother and brother. Young is black and race improperly "appears to be the driving force in this case," attorney David Dow said in the appeal that sought to delay the punishment.

Attorneys said they would appeal the dismissal to the 5th U.S. Circuit Court of Appeals. The Texas Court of Criminal Appeals on Monday rejected a similar appeal as improper.

According to court documents, Young sexually assaulted a woman in her apartment with her three young children present, then forced her to drive off with him in her car. She managed to escape, and records show he drove one block to the Mini Food Mart where owner Patel was shot during an attempted robbery. He was arrested 90 minutes later after picking up a prostitute and driving to a crack house where the stolen car was parked outside and spotted by San Antonio police.

Mitesh Patel, whose father was killed by Young, has said he supported Young's clemency bid because "nothing positive comes from his execution" and carrying out the punishment would leave Young's three teenage daughters without a father.

The victim's son met privately with Young in prison Monday.

"I don't agree with the state's choice to execute him," he told the San Antonio Express-News after the meeting.

Young said the shooting stemmed from a dispute he believed involved the mother of one of his three children and Patel. The woman, however, lied to him, he said.

"He was not a bad dude at all," Young said. "I was drunk. We knew the victim. The whole confrontation went wrong. I thought he was reaching for a gun and I shot."

Young said he excelled at chess and violin, cello and bass but "all that stopped" and he joined the Bloods when he was about 8 after his father was shot and killed in a robbery.

His execution would be the eighth this year in Texas, one more than all of last year in the nation's busiest capital punishment state. At least seven other Texas inmates have execution dates in the coming months.