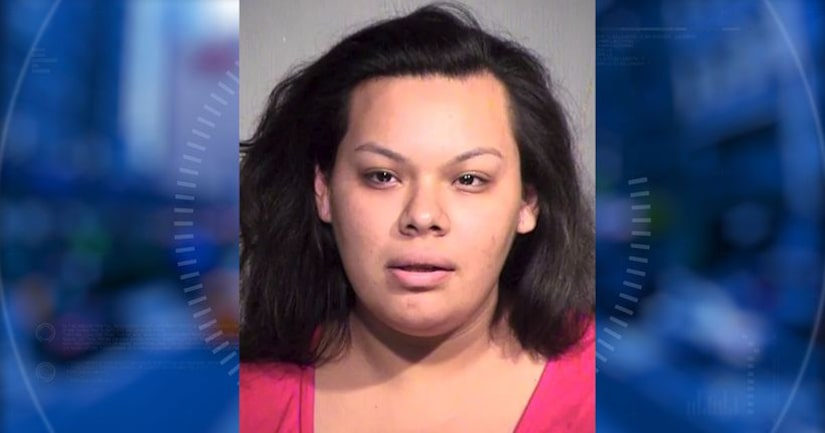 PHOENIX -- (KNXV) -- A Phoenix mother is accused of abusing her 2-month-old son by breaking bones in his leg, arm, and ribs.

Phoenix police report that on Saturday they responded to Phoenix Children's Hospital regarding a child abuse investigation.

Police say 22-year-old Luz Adriana Saldierna brought her son to the hospital with "limited mobility to his left arm."

Police questioned Saldierna who reportedly told them she was frustrated with the child because he would not eat.

She allegedly admitted to throwing a baby formula bottle and hitting the child. She also allegedly said she pulled his arm as he was sitting in his swing.

Hospital officials reportedly told police that baby has "buckle handle" or compression fractures to his left lower leg and upper left arm, and another fracture to his lower left arm.