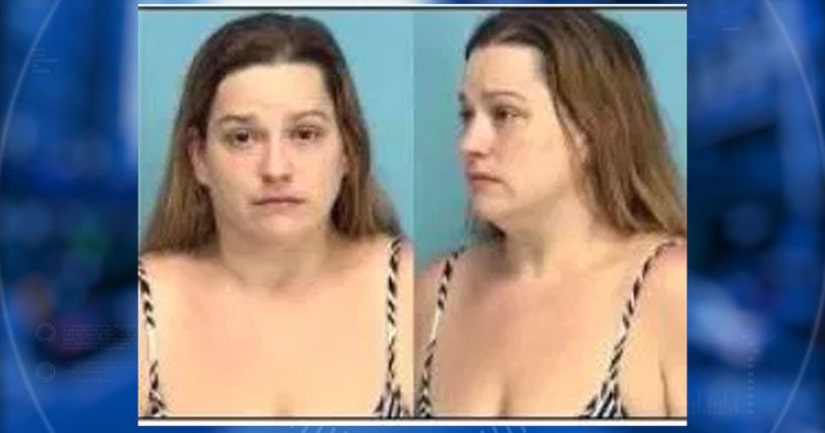 ELYRIA, Ohio -- (WJW) -- An Elyria woman was arrested and her mother cited after a 2-year-old girl was found sleeping on a playground in the early morning.

A day care worker called police on the morning of July 16 to say that a man had knocked on the door of the day care center to tell her that there was a “suspicious lump” in the middle of the playground.

When the employee went out to check, she discovered that the lump was actually a 2-year-old girl, who was “dirty, cold, scared, shaking, hungry, shoeless and non-verbal.” The worker brought the child inside and called police. The male who had knocked on the door had left without leaving his name.

Officers soon found out that the girl was missing from a house just a few doors down on the street. When they arrived at the home, they found a grandmother inside and a “highly intoxicated” female who had just arrived at the home.

The grandmother, Sharon Lambert, 71, told police that she had been watching her young granddaughters the night before. Their parents, Shandra Lambert, the other female at the home, and Jason Healy had gone out. The grandmother said she and the girls were watching movies when the girls fell asleep on the couch. She fell asleep later on a chair next to the couch. She did not wake up until officers knocked at her door.

As officers continued to investigate, Shandra Lambert interrupted them continuously, using profanity. Officers noted that she was “falling over, slurring her speech and had a strong odor of alcohol on her breath.” The girls' father, who had been sleeping elsewhere in the home, eventually woke up told her to “sleep it off.”

The officers noted the conditions inside the home: “rotting food on plates, dirty ripped furniture, flies, insects, no air circulation and a strong odor.” They called Children's Services. The two youngsters were eventually removed from the home.

The younger Ms. Lambert continued interrupting officers and child service workers after they arrived. She was arrested on charges of disorderly conduct persisting and taken in for booking.

A citation and summons for endangering children was issued for the elder Ms. Lambert.