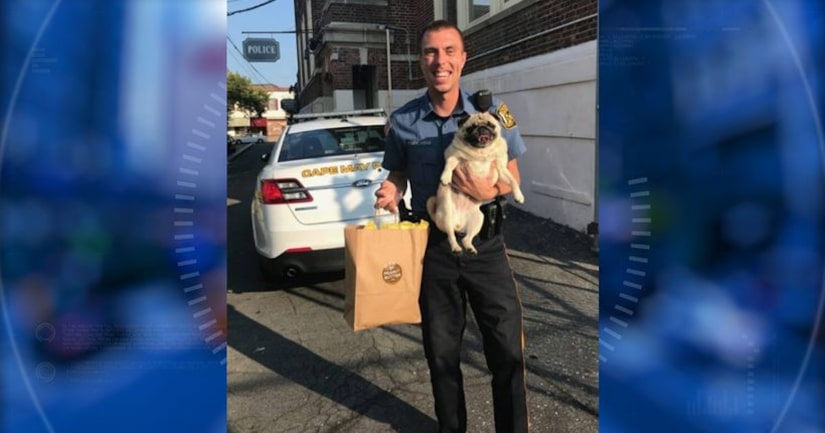 CAPE MAY, N.J. -- (WPIX) -- A dog is home after police in a New Jersey shore town posted its mugshot on social media.

Cape May Patrolman Michael LeSage found Bean the pug in a yard on Sunday. He tells The Star-Ledger of Newark he tried to get the dog to hop into his police car, but her legs were too short so he had to lift her.

Police posted a photo of Bean on Facebook with the caption: “This is what happens when you run away from home.” It took a few hours before Bean's owners tracked her down.

Hadley Hubbard of Baltimore, Maryland, thanked police and posted that Bean was sound asleep after an exciting run.