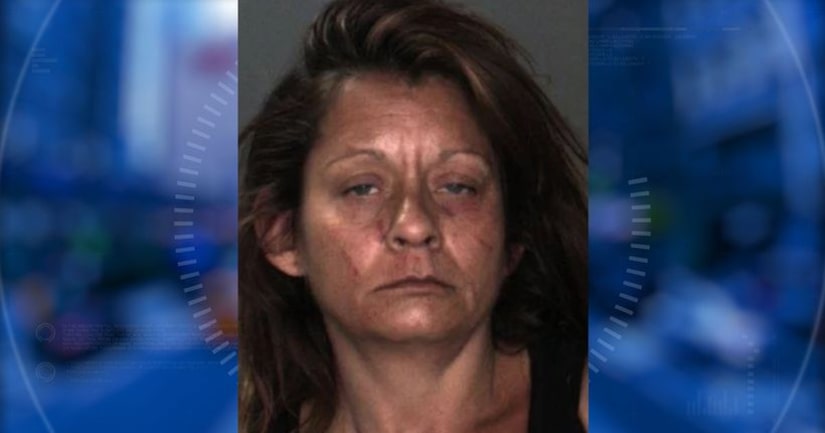 SAN BERNARDINO COUNTY, Calif. -- (KTLA) -- A Redlands woman was arrested and expected to be charged with assault for allegedly stabbing a man who exposed himself to her, police said Friday.

Cynthia Christine Molina, 51, first encountered the 28-year-old man she is accused of stabbing early Tuesday afternoon at Jennie Davis Park, where he flashed his genitals at her, according to a news release from Redlands police.

The man, who police have not named, left the park on Redlands Boulevard and fled north on New York Street, turning east on Brockton Avenue.

Molina pursued him and, after an exchange of words, she stabbed him in the 800 block of Brockton, investigators said — about a 15-minute walk from the park.

The incident was initially reported around 12:30 p.m. as a random stabbing, and the man told officers that he was walking on Brockton when a woman came up from behind and stabbed him multiple times in the back before fleeing down New York Street.

Molina was identified as a suspect through surveillance video from city-owned cameras as well as from local businesses, officials said.

She was taken into custody Wednesday in the 1100 block of West Lugonia Avenue, inmate records show.

FULL STORY: Woman arrested after stabbing man who exposed himself to her: Redlands police - KTLA