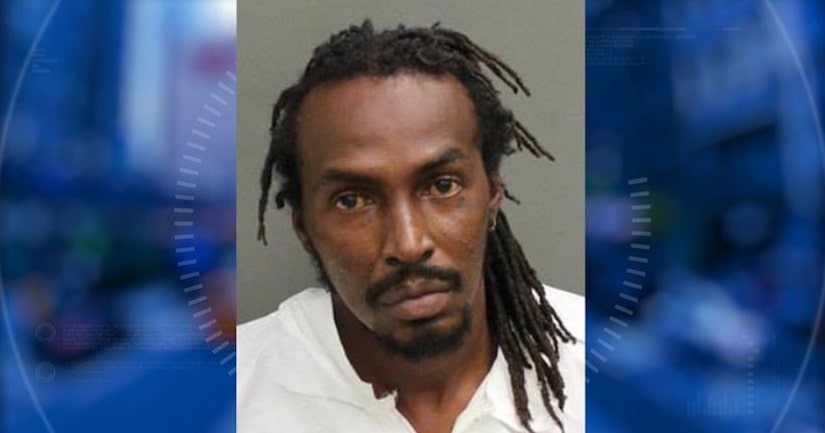 EATONVILLE, Fla. -- (WKMG) -- An Eatonville man accused of killing a 30-year-old woman told police he thought he was attacking "demons inside his room" Saturday when he killed his friend.

Eatonville police responded to 16 Deacon Jones Boulevard Saturday at 4:22 a.m. after a tipster said he saw a body in Lesley Satenay's room, according to the arrest report.

Satenay, 40, also known as "Dread," told police "the devil was inside his room." According to the report, police found the 30-year-old victim on the floor in the left corner of the bedroom. Phillips suffered from blunt-force trauma and was already dead when authorities arrived. Police said she had "a foreign object" in her face and laying next to her was a frying pan, a Bible with blood on it and a large pipe also with blood on it, the arrest report said.

When detectives questioned Satenay, he told them Phillips was at his home the night before, but he thought she left. Satenay told police he was awakened by demons in his room and he swung a knife, hitting "a big person," the police report states. Satenay said he then grabbed a frying pan and hit the person three more times, police said.

Satenay told police Phillips was "a little person and he thought the demon was big" and that he killed an innocent person that was his friend, according to the report.

The suspect said "he was sorry for killing his friend," police said.