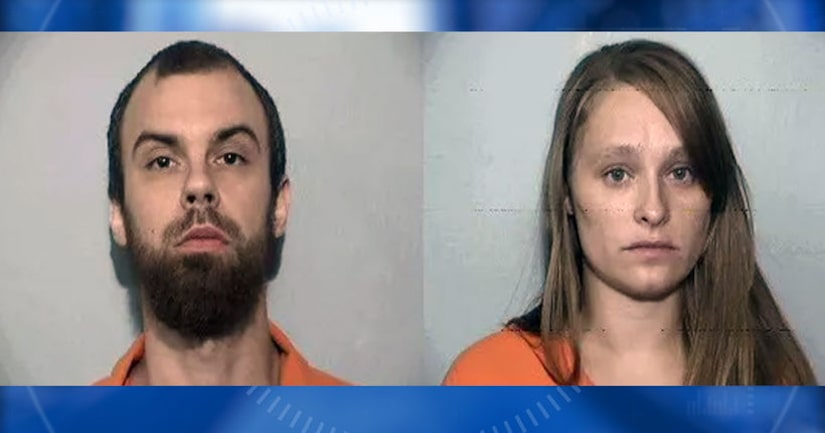 TOLEDO, Ohio -- (WUPW) -- A man and woman are in the Lucas County jail after being accused of failing to provide adequate medical attention to a 7-month-old girl who sustained serious injuries on Sunday night.

The alleged incident took place in the 4200 block of Fairview Drive.

Ronald L. Collins, 31, and Courtnie Ann Lykans, 28, have been charged with child endangering, a third-degree felony.

Collins called 911 late Sunday night, saying he dropped the girl, Phoenix Whitaker, after he "kicked off of him, slipped out of his hands and fell on the floor," the police report describes.

Collins and Lykans, who are not the biological parents of the baby, were caring for her at the time, but according to the report just Collins was with the child at the time of the call.

Emergency personnel found the baby on the couch at the Fairview Drive home taking shallow breaths and they observed bruises on her forehead, all appearing to be different colors.

The child was transported to Mercy St. Vincent Medical Center by ambulance, where she underwent a CT scan.

Medical staff said the injuries were not accidental in nature and were consistent with the baby having been hit or shaken previously many times.

Police spoke with Lykans at the hospital, and she told officers she had been at work but then went to the VFW hall on South Avenue for a couple of drinks after work.

Bond has been set for the two at $25,000 and they are ordered to stay away from St. Vincent, where the baby is being treated.

Collins' next court hearing is set for Tuesday morning and Lykans is to appear in court on July 23.

FULL STORY: 'I think she broke her neck': Pair accused of not providing care for injured infant - WUPW