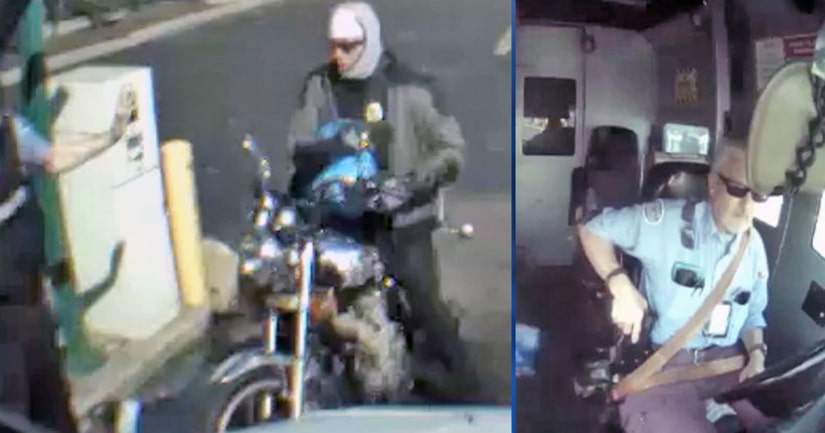 CLEVELAND -- (WJW) -- The Cleveland Division of the FBI is asking for the public's help to identify the man it says robbed a Brinks employee at gunpoint.

The crime happened at the Citizens Bank on Broadway Avenue in Cleveland at about 9:26 a.m. on June 25. The Brinks employee was servicing the ATM, located in the parking lot, when he was approached by a man on a motorcycle.

The FBI said the suspect stopped at the ATM, pointed a gun at the worker and demanded cash. The employee complied and handed over money in a Brinks bag.

Investigators said the suspect's motorcycle was possibly a Yamaha with a chrome gas tank. The man was described as 5 foot 10 inches to 6 feet tall with a large build. He was wearing a nylon over his face, and a gray hooded sweatshirt, dark puffy coat with a gold badge on the chest, and dark, tactical-style pants. He also had on boots and gloves.

The FBI released additional photos on Monday in hopes of finding the suspect.