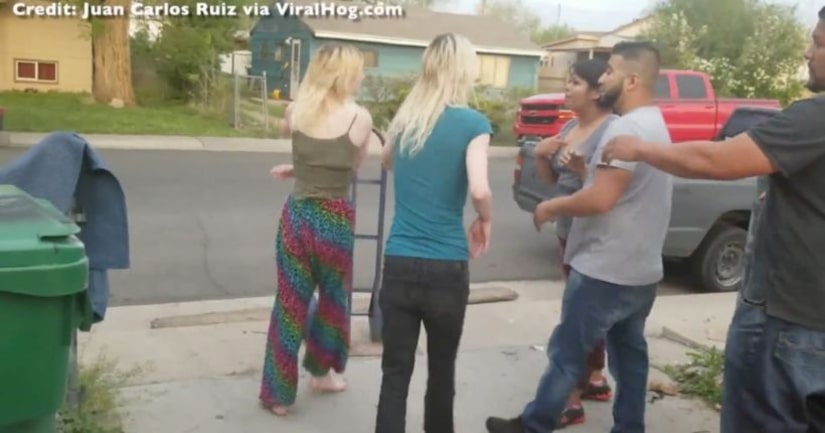 In the video, the women can be seen attacking one of the female family members.

The sisters, Natasha and Shala Fross, 26, were arrested and are facing assault and bias-motivated crime charges.

One can see and hear the women yelling racial insults at the Hispanic family in the video. Juan Carlos Ruiz, who videotaped the incident, said the Fross sisters grabbed his mother by the hair and hit his sister.

"These girls were just going crazy. I had never seen them before. I didn't even know they lived here, so it was weird," said Ruiz.

He said he then tried to "get between them" as the Frosses called the family "fat Mexicans."

Rocio Ruiz, the daughter of one of the women who was attacked, said her mother told her the Fross sisters had followed her, but it was unclear why.