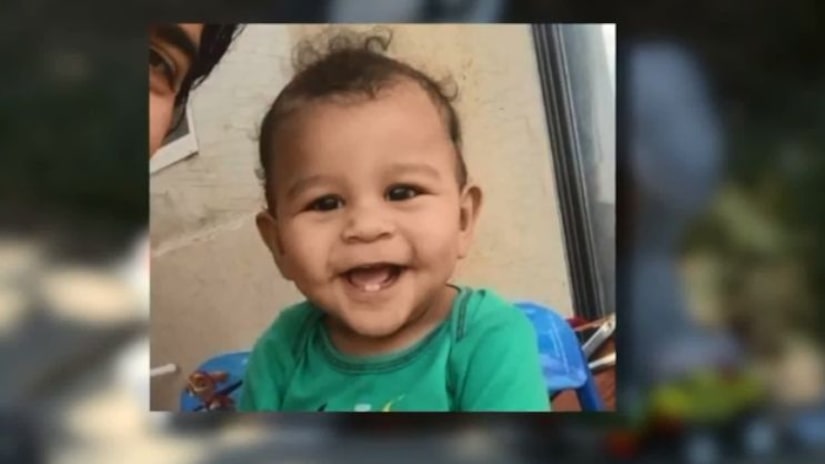 SOUTH SACRAMENTO -- (KTXL) -- A South Sacramento mother says she discovered her own son dead in a hot car Sunday.

"Something just told me to look at that car. And I went over there to the car and I seen him on the floor," said Tameka Morris as she cried.

Morris tells FOX40 she was the one who found her 2-year-old son, Alejandro Lopez Jr., unresponsive in a hot car on Everbloom Way and she was the first to give the child CPR. Despite efforts from his mother and paramedics to revive him, he did not survive.

"And he laid on me, and he was rubbing my face and he kissed me," Morris said, describing one of the last interactions she had with her son before putting him down for a nap.

Thinking he was asleep, Morris had returned to doing laundry in her South Sacramento home. Then the family believes Alejandro woke up and ventured outside, looking for his siblings, who were taken to get ice cream with a relative while he was asleep.

"And that's when he got up to look for everybody. He was like, 'Where's everybody?'" said the boy's aunt Latisha Morris.

His mother said her son had only recently been able to open the front door.

"This last maybe like month or two, he had kept opening up the door and I was like, 'What in the heck, Alejandro? I know you're not that tall,'" Tameka Morris said.

A neighbor told FOX40 Sunday a person with mobility issues had previously lived in Morris' house and lowered the locks. That's a feature Morris says she noticed and was working to fix but it's a fact she says was never disclosed to her by her landlord.

"Why wouldn't she disclose something like that and let somebody move into a house that has small children?" she said.

Tameka Morris believes once outside, Alejandro got into the family car by himself. By the time she found him, it was too late.

"I tried to give him CPR," she recalled. "He wouldn't take no air."

Alejandro's mother claims before her son was found a nearby neighbor later told deputies she had seen Alejandro in the car alone but did nothing.

"She seen him in the car, OK? And she left my baby in there," Tameka Morris said.

However, the Sacramento Sheriff's Department could not confirm that detail.

Meanwhile, Tameka Morris says child protective services has since removed her other eight children and placed them with their grandmother. It's a move her sisters say is unnecessary.

"My sister is a good mom," Alejandro's aunt said. "She loves all her kids. Her kids are her life."