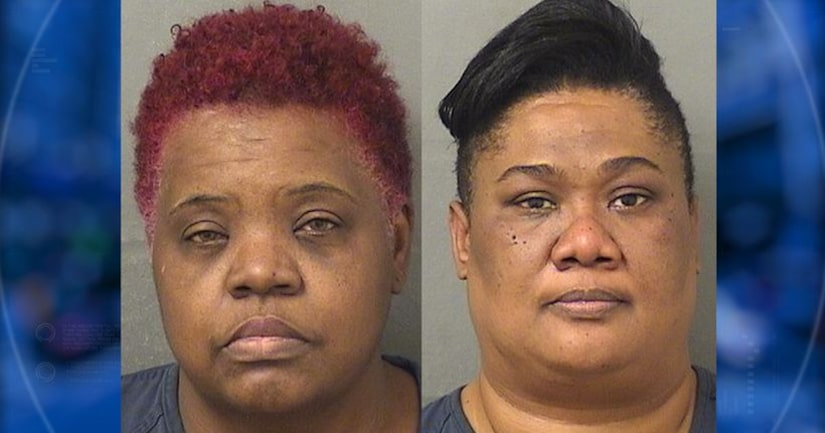 BOYNTON BEACH, Fla. -- (WPTV) -- Two caretakers at a Boynton Beach assisted living facility are under arrest after duct tape was used to restrain a dementia patient on July 3, according to a police report.

A detective investigating a report of elderly abuse said the victim had duct tape on both hands and feet. He said the 67-year-old resident could not say what happened because of her dementia.

During an interview with the suspects, police said Brudent admitted to taking the victim to another patient's room and tying her to a chair and using duct tape on her mouth to prevent her from screaming.

She said she was frustrated because of the victim's inability to remain quiet, and she had other patients to take care of, the police report stated.

Williams admitted to knowing the victim was duct taped and said she had to remove the tape around the victim's mouth to give her sleeping pills, a probable cause affidavit said.

According to the police report, she told Brudent tying the patient to a chair was wrong, but she never reported the incident.