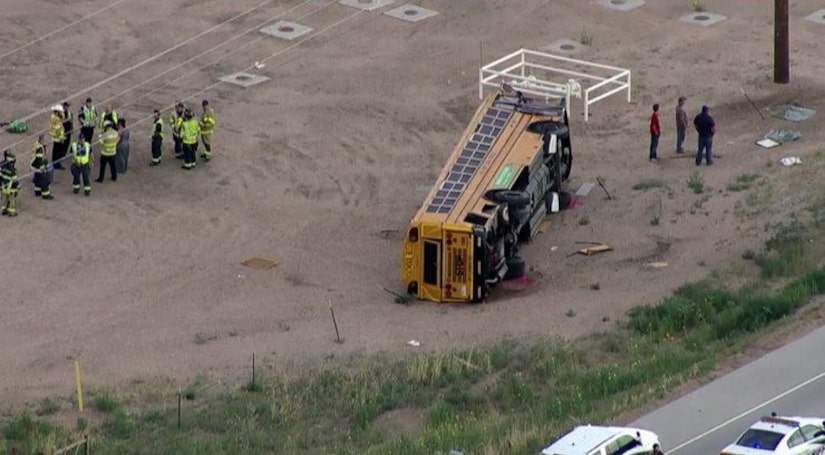 WELD COUNTY, Colo. -- (KDVR) -- The truck driver involved in a crash with a school bus in Weld County bus on Thursday has been identified and cited, the Colorado State Patrol said Friday.

At least 29 people were injured after Carroll, who was driving a flatbed truck, admitted to falling asleep at the wheel and crashing into the bus near the intersection of County Roads 49 and 22 northeast of Hudson on Thursday afternoon.

Greeley-Evans School District 6 said the bus was coming back from a day trip to Elitch Gardens in Denver. The students on the bus were from Greeley Central and Northridge high schools.

There were 35 people, including 29 students, on the bus.

The Colorado State Patrol said Thursday that Carroll drifted into oncoming traffic and sideswiped the bus, when left the road, rolled and came to rest on an oil and gas site.

The injured were taken to various hospitals in northern Colorado as well as Children's Hospital Colorado in Aurora.

Carroll was not injured in the crash, the Colorado State Patrol said. The bus driver, a 53-year-old Greeley man, and another adult employee were listed in serious condition.