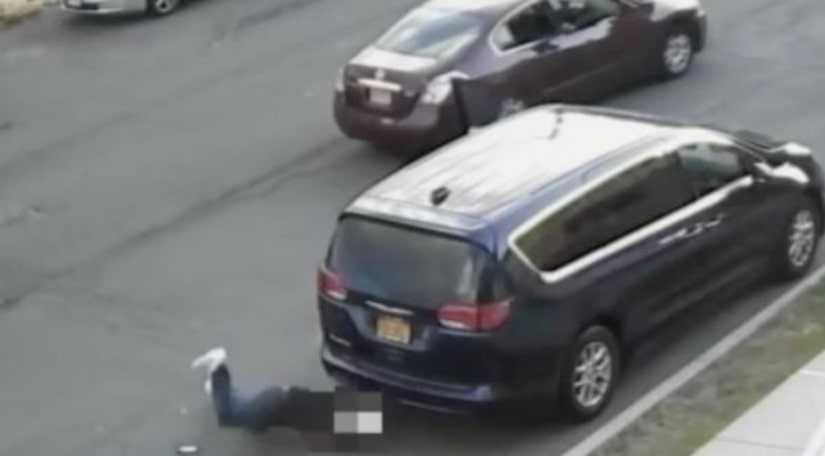 THE BRONX, N.Y. -- (WPIX) -- A man was critically injured outside his Bronx home in what police sources said on Friday is an attempted mob attack.

It happened at about 6:30 a.m. Wednesday in the vicinity of Tierney Place and Locus Point Drive in Throgs Neck.

Video surveillance shows a man firing several shots at a 41-year-old man before fleeing the scene inside a red four-door sedan.

The victim, who police sources identified as Bonnano Associate Salvatore Zottola, suffered several gunshot wounds to his torso, his left hand and graze wounds to his head.

He was taken to the hospital in critical, but stable condition.

According to police sources, the victim's father was arrested on June 12 after shooting at an armed man who pulled a gun on him outside his Bronx home. It is unclear if the two incidents are connected.