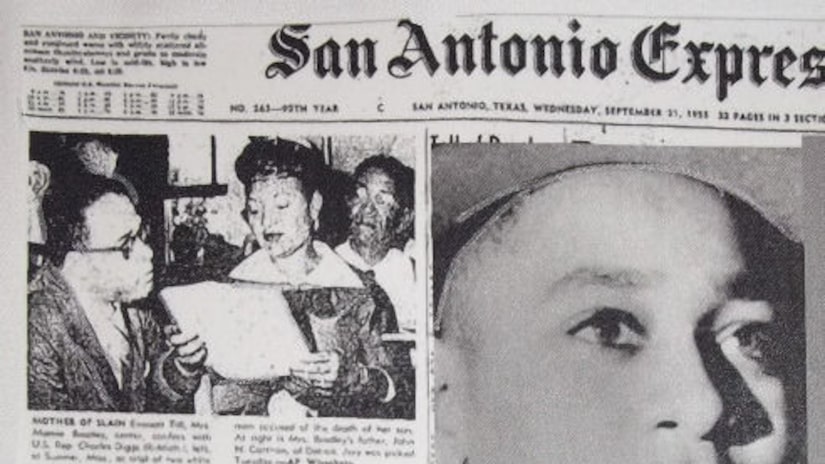 BIRMINGHAM, Ala. —- (WPIX) -- The federal government has reopened its investigation into the slaying of Emmett Till, the black teenager whose brutal killing in Mississippi shocked the world and helped inspire the civil rights movement more than 60 years ago.

The Justice Department told Congress in a report in March it is reinvestigating Till's slaying in Money, Mississippi, in 1955 after receiving “new information.” The case was closed in 2007 with authorities saying the suspects were dead; a state grand jury didn't file any new charges.

Deborah Watts, a cousin of Till, said she was unaware the case had been reopened until contacted by The Associated Press on Wednesday.

The federal report, sent annually to lawmakers under a law that bears Till's name, does not indicate what the new information might be.

But it was issued in late March following the publication last year of “The Blood of Emmett Till,” a book that says a key figure in the case acknowledged lying about events preceding the slaying of the 14-year-old youth from Chicago.

The book, by Timothy B. Tyson, quotes a white woman, Carolyn Donham, as acknowledging during a 2008 interview that she wasn't truthful when she testified that Till grabbed her, whistled and made sexual advances at a store in 1955.

Two white men — Donham's then-husband Roy Bryant and his half-brother J.W. Milam — were charged with murder but acquitted in the slaying of Till, who had been staying with relatives in northern Mississippi at the time. The men later confessed to the crime in a magazine interview, but weren't retried. Both are now dead.