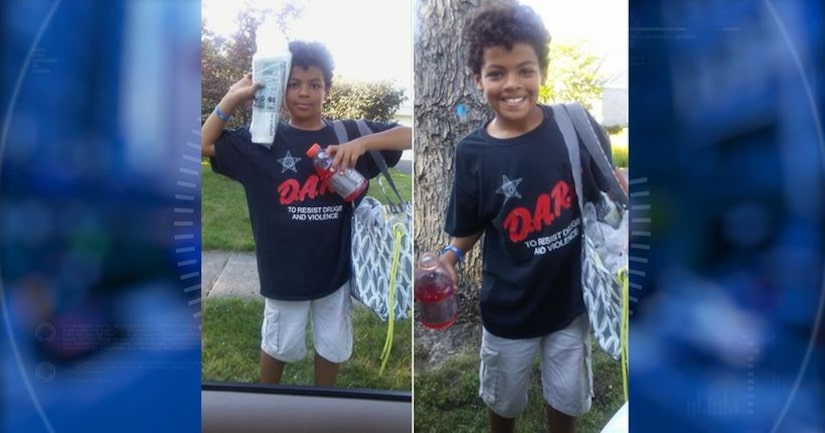 UPPER ARLINGTON, Ohio -- (KRON) -- Brandie Sharp's post on Facebook over the weekend about her encounter with Upper Arlington police is attracting hundreds of comments and shares:

Sharp and her two sons, Micah and Uriah, were on Barrington Rd. Friday evening delivering 'The Bag' of ads to front porches when a police cruiser pulled up.

“And he was like, what are you doing here...are you soliciting? ”Sharp told WCMH. “I said, no sir I'm not soliciting, I'm delivering papers. He said, what papers? I showed him the paper. He said, Oh really, and sat there for a minute and then pulled off.”

What she didn't know, was that a resident had called police.

Police department spokesman, Officer Bryan McKean said the caller reported seeing someone going up to a porch empty-handed and leaving the porch with something in their hand.

“Any time we get a call like that obviously we're going to respond,” McKean said. “We're going to make sure that nothing criminal was going on. If we think someone is taking things from porches, we would want our police force to follow up on that to make sure.”

Sharp says they had delivered some of the bags to the wrong houses and they were going back to retrieve them. “I want to know what was suspicious, what was suspicious,” Sharp said. “That an 11-year -old was up in the driveway, getting a newspaper, literally went up and came right back down.”

Sharp says the whole incident had a feel of racial bias.

McKean says race played no part in the police response.

“If she feels she was treated unfairly by our officer, we want to hear from her,” McKean said. “We want to know what our officer did to make her feel that way so we can investigate that and we can find out.”