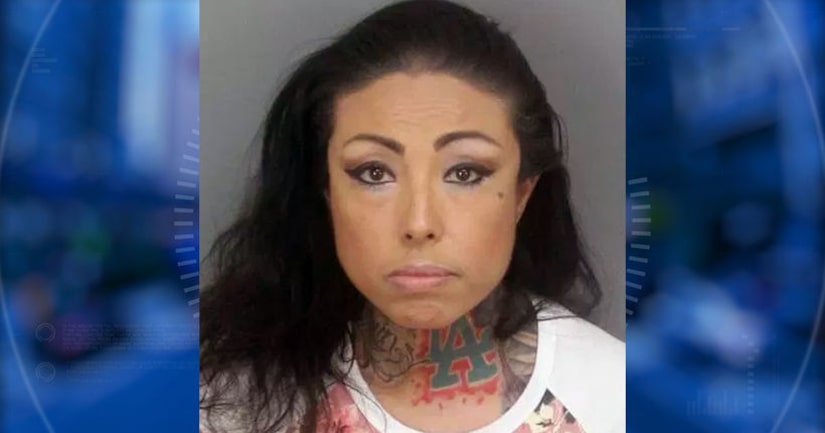 ONTARIO, Calif. -- (KTLA) -- A woman was arrested Sunday after she allegedly left two babies inside an SUV for at least a half hour while she apparently shopped at an Ontario Walmart, officials announced Tuesday.

Crystal Gonzales faces a child endangerment charge in connection with the incident. The San Bernardino Sun reported that she is a 34-year-old resident of Fontana.

About 7:45 p.m. Sunday, a security guard at a Walmart along the 1300 block of Mountain Avenue noticed people gathering around a GMC in the parking lot.

The security guard called police when she noticed two young children inside the vehicle “in distress due to the high temperatures,” Ontario Police Detective Melissa Ramirez said in an email.

Ontario police and firefighters responded and removed both children, a 1-year-old and a 9-month-old, from the SUV. The rescue was captured on cellphone video.

Ramirez said the SUV was off and locked, and the windows were only slightly cracked.

The babies were sweaty, but otherwise OK after being evaluated at the scene, police said.

Gonazles was described being the legal guardian of both babies at the time, and may also be the mother of at least one of the children.

Police said Gonzales told them the babies were asleep and she didn't want to wake them before her shopping trip.

Children and Family Services officials responded to the scene and took both children into their care, Ramirez said.

Authorities believe Gonzales was in the store for “at least” a half hour. She was arrested after she exited the store.

She was released from custody after posting $100,000 bail, the Sun reported.