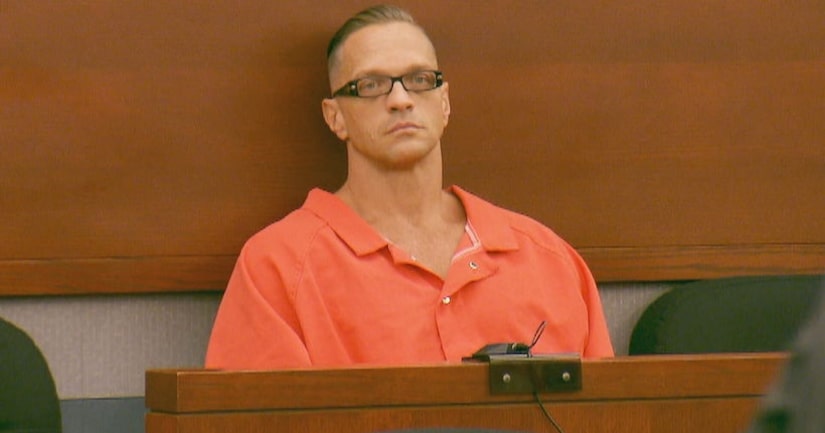 LAS VEGAS -- (KSNV/AP) -- A convicted Nevada inmate slated to die by a three-drug lethal injection combination never before used in the U.S. has said repeatedly he wants his sentence carried out and he doesn't care if it's painful.

“I've been very clear about my desire to be executed ... even if suffering is inevitable,” Scott Raymond Dozier said in a handwritten note to a state court judge who postponed his execution last November over concerns that the untried drug regimen could leave him suffocating, conscious and unable to move a muscle.

Dozier, a twice-convicted killer who attempted suicide in the past, repeated his desire to die during a brief telephone interview Sunday with the Las Vegas Review-Journal.

His execution is scheduled for Wednesday.

Dozier is an honorably discharged Army veteran; a divorced father who became an emergency medical technician during his then-wife's high-risk pregnancy; a pastels painter; a landscaper; and a methamphetamine user, maker and dealer.

He was close to his grandfather, who killed himself when Dozier was 5. He told a clinical psychologist who testified at his trial that he was sexually abused by a teenage male neighbor from ages 5 to 7.

In 2005, Dozier was sentenced to 22 years in prison for the shooting and mauling of 26-year-old Jasen Greene, whose body was found in 2002 in a shallow grave outside Phoenix. A witness there testified that Dozier used a sledgehammer to break Greene's limbs so the corpse would fit in a plastic tote that Dozier used to transport methamphetamine, equipment and chemicals.

Dozier was sentenced to die for robbing, killing and dismembering 22-year-old Jeremiah Miller at a Las Vegas motel in 2002. Dozier also used names including Chad Wyatt.

Miller had come to Nevada from Phoenix to buy ingredients to make meth. His decapitated torso was found in a suitcase in an apartment building trash bin, also missing lower legs and hands. He was identified by tattoos on the shoulders. His head was never found.

Dozier suspended any appeals of his conviction and sentence, making him one of about 10 percent of inmates who have given up appeals and volunteered to die nationwide since 1977. Critics say he is seeking state-assisted suicide.

The execution plan for Dozier was revised last month to substitute midazolam for expired prison stocks of diazepam, a sedative commonly known as Valium that the state previously slated as the first drug in the lethal injection protocol.

The sedative is expected to render Dozier unconscious before he is injected with the powerful synthetic opioid fentanyl, which has been blamed for overdoses nationwide but has not been used in an execution. That will be followed by the muscle paralyzing drug cisatracurium.

Nevada's last execution occurred more than a decade ago, when Daryl Linnie Mack asked to be put to death for his conviction in a 1988 rape and murder in Reno.