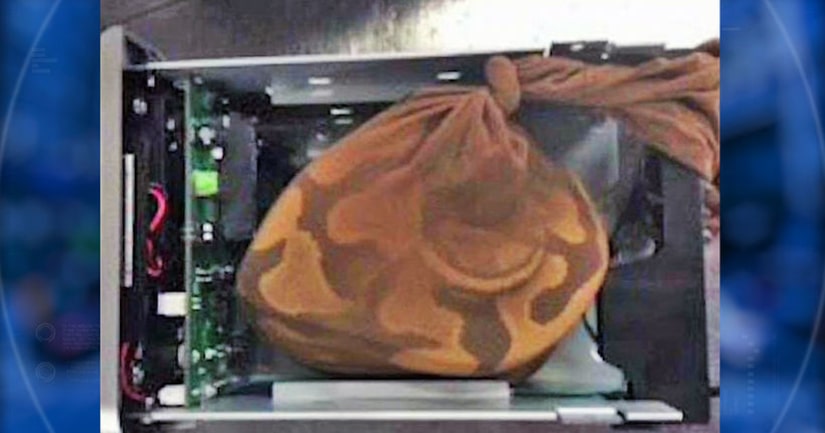 MIAMI -- (WPTV/AP) -- A man and a python hidden inside an external hard drive have been stopped from boarding a Florida plane headed to Barbados.

Citing Transportation Security Administration, the Miami Herald reports officers screening luggage at the Miami International Airport Sunday found an "organic mass" inside a checked bag. TSA spokeswoman Sari Koshetz says that discovery meant the bag was examined by a bomb expert, who uncovered the live snake in the hard drive.

She says the snake was "obviously not an imminent terrorist threat" but its interception prevented a possible wildlife threat. The passenger was fined, and the snake was taken into custody by U.S. Fish and Wildlife Services.