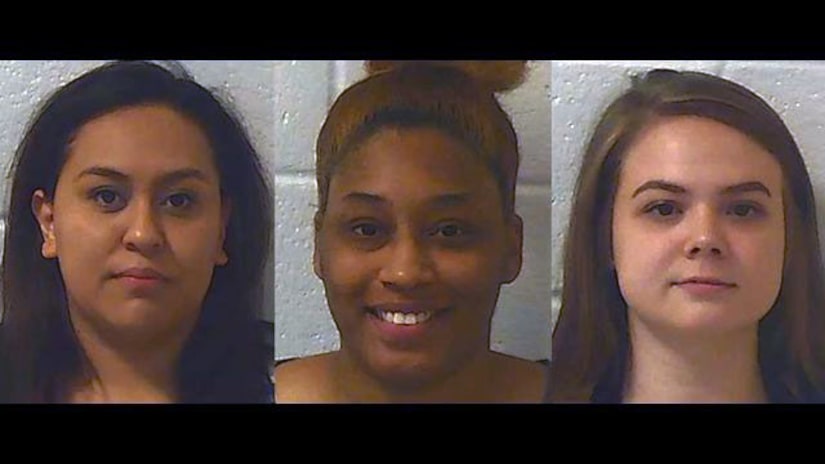 JACKSON COUNTY, Ga. -- (WSOC) -- Three Georgia women were charged after they made a Snapchat video in a room with a dying woman and titled it "The End," police said.

Jorden Lanah Bruce, 21, of Jefferson; Mya Janai Moss, 21, of Colbert; and Lizeth Jocelyn Cervantes Ramirez, 19, of Jefferson were all charged with exploiting an elderly and disabled person.

“One of them was smoking a vape pen. They were using profanities and (making obscene hand gestures) at the camera,” a Jefferson Police Department detective said.

The three woman worked at the Bentley Senior Living Facility in Jefferson, police said. They made the video in a patient's room inside the facility, according to police. The 76-year-old woman had a stroke and the women were waiting for a hospice nurse while they filmed the Snapchat story, police said.

They were arrested June 22.

“It was going to be an extensive time before the hospice nurse could be there, so these three employees were supposed to closely monitor the patient,” the spokesperson said.

Police said they were ignoring the patient.

Another employee saw the video and reported them.