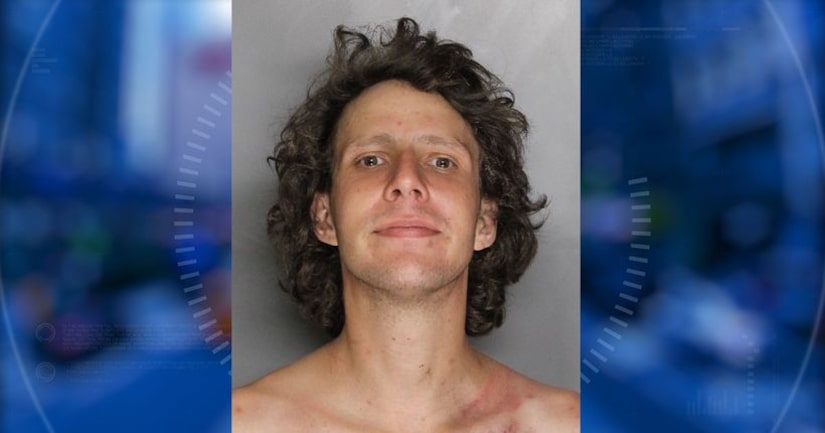 CITRUS HEIGHTS, Calif. -- (KTXL) -- A suspected drunken driver went back to his burning car Sunday to try lighting his cigarette using the flames, according to the CHP.

Amy Walker with the CHP says Robert Quigley, 25, rear-ended an SUV that was stopped in traffic on westbound Interstate 80 just west of Antelope Road. At the time of the crash, Quigley was driving around 75 to 80 mph.

A CHP officer spotted the car after it burst into flames and turned around in traffic to help. As he did, he spotted Quigley switch seats with his female passenger. Quigley later admitted to the officer that he was behind the wheel at the time of the crash.

A witness told officials a shirtless Quigley went back to his burning car to light his cigarette, singeing part of his eyebrows off in the process, according to Walker. Quigley later told the officer at the scene, “Yeah I'm not afraid of fire. I deal with this kind of stuff all the time.”

Walker says Quigley sustained a burn on his neck from his seatbelt. No one else was injured in the crash.