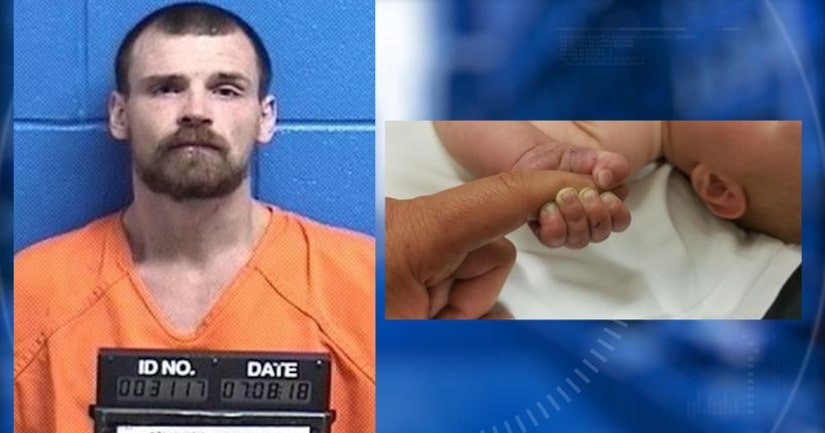 MISSOULA, Mont. -- (WVAH) -- A man is in custody and a baby is recovering after being found alone in the woods Sunday morning.

The Missoula County Sheriff's Office responded Saturday night to reports of a man acting strangely in the Lolo Hot Springs area. More calls came in to dispatch and said the man was threatening people, claiming to have a gun and kept reaching into his pockets.

Officials say when deputies arrived, they found the suspect, 32-year-old Francis Carlton Crowley, had left the area with a 5-month-old baby.

While deputies were looking for Crowley, a 911 call came in saying he had returned to the hot springs. Deputies found him there and arrested him. Deputies say Crowley appeared to be under the influence of drugs and was not making sense.

He reportedly told the sheriff's office that the baby was buried somewhere in the mountains.

Missoula County Search and Rescue was called in to help as well as officers from the U.S. Forest Service, Bureau of Land Management, Montana Highway Patrol and Missoula County deputies.

Officials report that after six hours of searching on foot, a deputy heard the faint cry of a baby, followed the sound and found the baby alive, face down and buried under a pile of sticks and debris.

The baby was reportedly clothed in only a wet and soiled onesie. The infant was found at 2:30 a.m. Sunday when it was about 46 degrees outside. They think the baby was in the cold for about nine hours. They took the infant to the hospital and say the baby is in good condition.