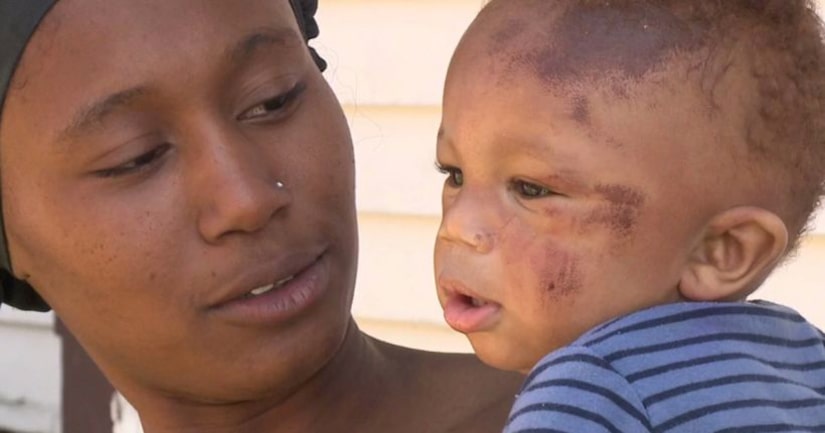 MILWAUKEE -- (WITI) -- Milwaukee police are investigating possible child abuse at a north side day care. Rahzeena Hamilton says the day care told her that her 8-month-old baby boy had an allergic reaction to a mosquito bite, but it turned out to be something much worse.

"I just don't understand how this could happen. I don't," said Hamilton.

Hamilton's son, Judale Malone, went to the Harvest Learning Center day care -- near Appleton and Hadley -- early Friday morning, July 6. Not long after being dropped off, his mother got a concerning call.

"She's like 'yes, Ms. Hamilton, can you come get Judale? He got bit by a mosquito bite. We think he has an allergic reaction,'" said Hamilton.

When Hamilton picked up her son...

"His head is swollen and some of his hair got scraped off, he has bruising in the ear," said Hamilton.

The marks on his body told a different story.

"He has bite marks on his arm and has some scratches on his chest," Hamilton said.

Hamilton took her son to two different hospitals where doctors performed tests and a CT scan.