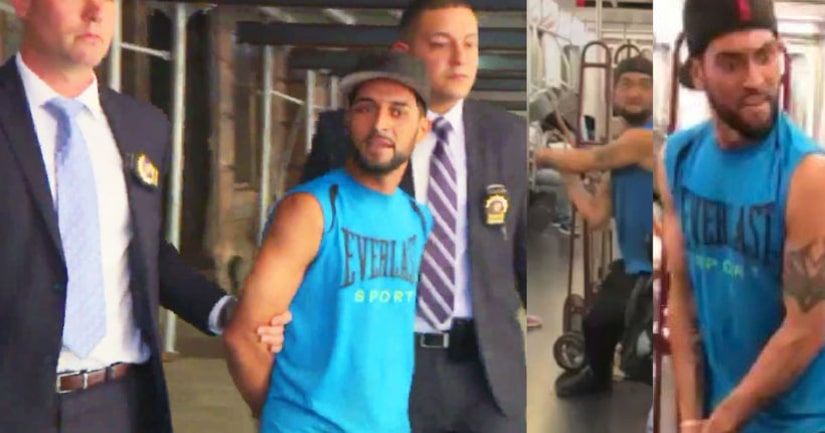 TRIBECA, Manhattan -- (WPIX) -- A man accused of bashing a subway rider's skull with a metal object is in custody, police said Monday.

The attack happened Saturday on a southbound No. 2 train and left the victim critically injured with a fractured skull and broken eye socket, police said.

Geovannie Nieves, 35, of Crown Heights, was allegedly asking for money when he and the victim got into an argument.

Video shows the attacker get up and angrily point at the other man.

When the other man stood up in response, the attacker hit him in the face with a metal object.

Video shows the attacker put the object into a hand-truck after the assault. Then he fled the subway station on foot at the Chambers Street station, police said.

Nieves' arrest was announced two days later. He faces a felony charge of assault with a weapon, police said.

Outside the police precinct, Nieves claimed to not remember the attack.

"Yes, I'm sorry. I don't mean it to happen. I don't remember nothing that happened, sorry," he told reporters.

The victim's daughter said her father is expected to be released from the hospital Monday night. He's still in a lot of pain, she said, but happy he'll be able to celebrate his 60th birthday next week. 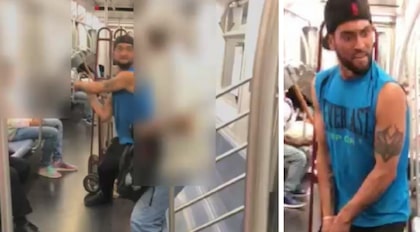