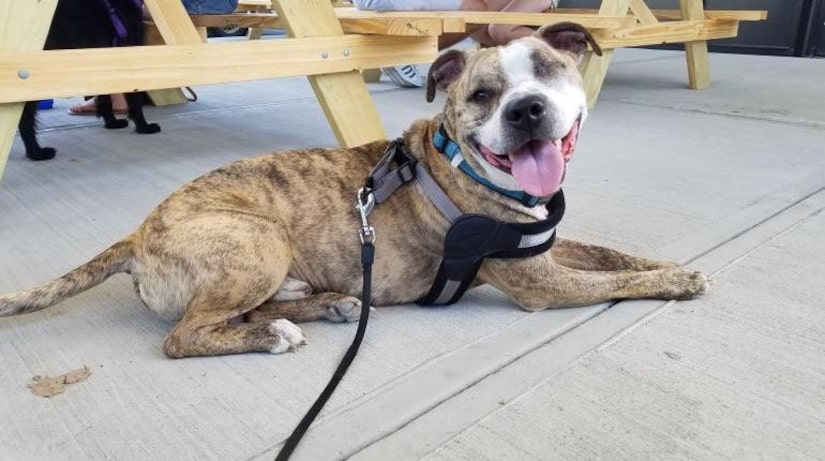 INDIANAPOLIS -- (WXIN) -- The “tail” of a dog found shot in the face, doused in bleach and left to die by his owner has a happy ending.

After several vet visits, a surgery to remove his eye and being cleared for adoption, the IMPD officer who found him and his paramedic wife have officially adopted the pup, named "Winks."

Detective Stephen Fippen wrote on a GoFundMe page that Winks former owner may have doused the dog in bleach to cover up DNA evidence.

Indianapolis Animal Care Services (IACS) says the couple couldn't stop thinking about Winks, so they took him home to foster him back to health. They made the adoption official Monday.

“Congratulations to Winks and his new family!” wrote IACS in a Facebook post. “He is so lucky to have such loving humans on his side!”