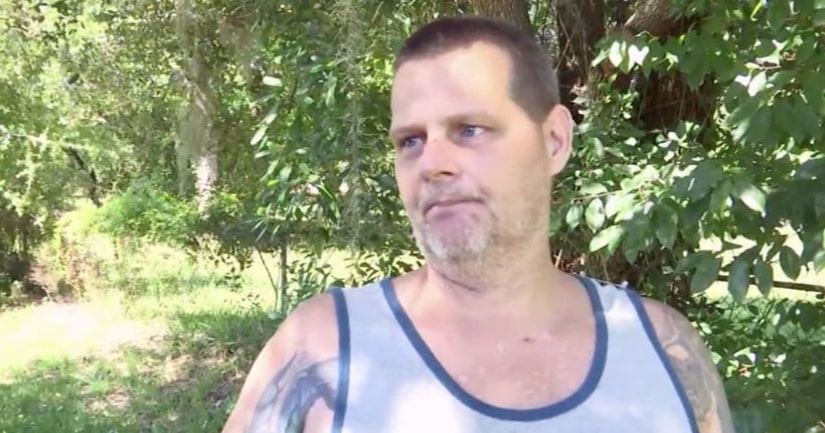 JACKSONVILLE, Fla. -- (WJXT) -- A Northside man said he fought back against an armed man who broke into his home Friday and gouged the man's eyes out.

Richard Golden said he was sitting in his Northside Jacksonville home when he heard someone break out his glass door. Then he found himself face to face with a man armed with a rifle demanding money.

He said he fought with the armed man before getting the upper hand.

"He hit me in the head with a rifle and at the exact time a buddy of mine happened to come up and distract him. When he distracted him I made my move. I grabbed him and locked the gun in," said Golden.

Golden said he put the man, identified as Timothy Hinson, in a headlock and poked his fingers into the man's eyes as far as he could.

"I dropped the clip because I have some military training and then there was still one in the chamber. It went off. I knew I wasn't dead. Then military training took over and I gouged him in his eyes until I felt his brain," Golden said.

After that, Golden made sure Hinson wasn't going to get away while he waited for police to arrive.

"I sat on him and gouged him in his eyes until the cops got here. I was beating him with his own gun until the police got here," said Golden.

He said he's not sure why he was targeted for the crime, because he had never seen the suspect before in his life.