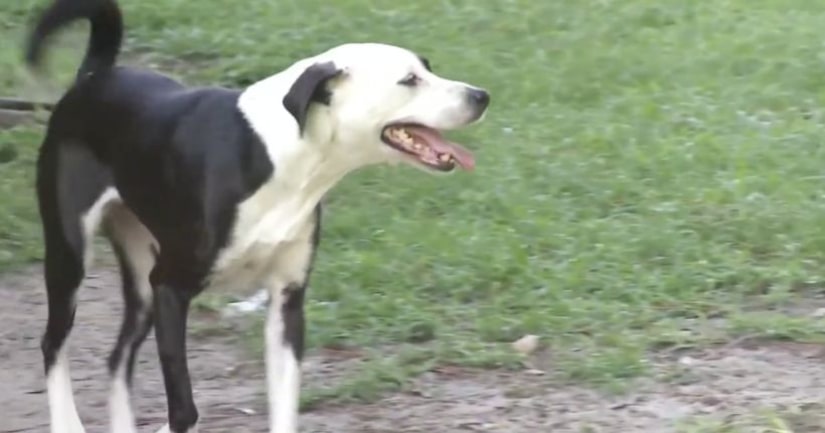 ORANGE PARK, Fla. -- (WJXT) -- An Orange Park man is facing a felony charge after deputies said he tormented a neighbor's two dogs and sprayed them with an unknown liquid.

A deputy who responded Monday to a neighbor's call about the abuse said he spotted Timothy Joseph Costello, 54, agitating the dogs through a fence line that is shared by Costello's backyard and the dogs' yard.

The deputy said he spoke with Costello and asked if he had an issue with the neighbor's dogs. Costello's response was redacted from his arrest report.

According to the report, the deputy told Costello that if he was spraying the dogs, he needed to stop immediately. The neighbor who called the Sheriff's Office said Costello was seen spraying the dogs with fluid from a pump sprayer.

"What he said was in the bug spray was radiator fluid. He was saying, 'How does this taste? Radiator tastes good, don't it, buddy? Yeah, good boy,'" said Adam Mac, who told News4Jax that he was the neighbor who called the Sheriff's Office. "I hate to see how someone would treat an animal like that."

The report said the dogs could be heard barking again after the deputy left, so he returned and saw Costello again tormenting the dogs through the fence line after having just been told to stop. The deputy said neighbors were asking Costello to leave the dogs alone.

The dogs' owner told the deputy this was an ongoing issue with Costello, who was later arrested on a felony charge of torturing an animal with the intent to inflict intense pain.

Kirk Torres, who identified himself as the dogs' owner, told News4Jax he was not home during the incident. He described his dogs, 10-month-old Riddick and 5-year-old Soki, as his children.

"For him to spray poison into my son's face, how else would a parent feel? Sad, upset and angry -- a bunch of emotions tied into one," Torres said.

According to Torres, Riddick was injured from the spray.

"His eye was irritated all last night," Torres said Tuesday. "During the day, we've been doing a lot of rinsing of his eyes."