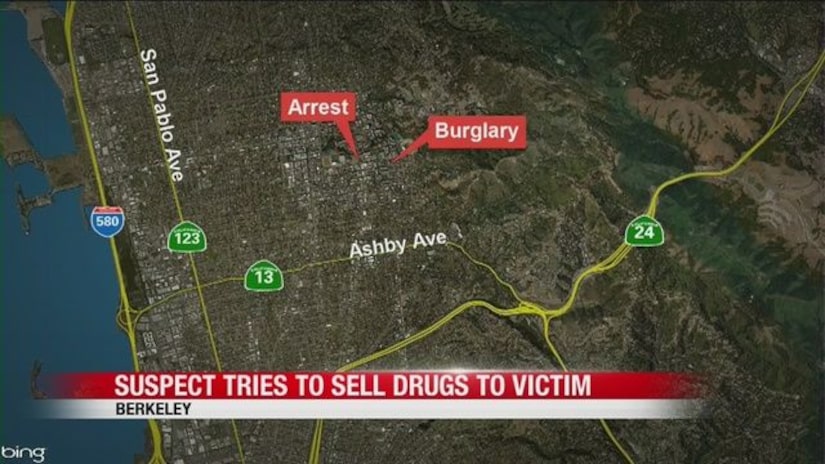 BERKELEY, Calif. -- (KRON) -- An alleged burglar attempted to sell his victim cocaine after the resident woke up to the early morning crime in progress.

It happened on the 2700 block of Durant Ave. in Berkeley.

The resident called police after a noise woke him and he found a stranger in his home.

The man says the suspect claimed to be trying to find a different address and then asked if he wanted to buy cocaine.

Officers found the suspect in the area of Bancroft Way and Telegraph Ave. where he attempted to run.

Jahcoby Adams-Mabin was arrested and charged with suspicion of burglary.