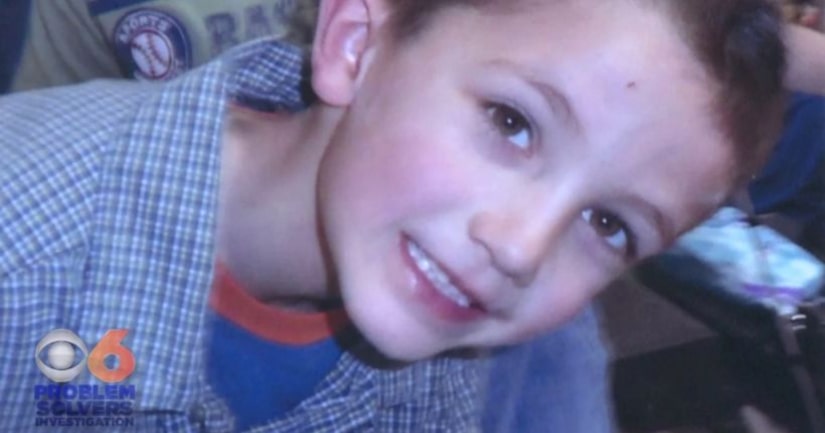 CHESTERFIELD COUNTY, Va. -- (WTVR) -- This Fourth of July marks five years since 7-year-old Brendon Mackey was killed by celebratory gunfire. The Chesterfield child collapsed while walking with his father to see the fireworks show at Brandermill's Sunday Park. Police believe a stray bullet someone fired into the air hit him.

“A bullet has somewhere it has to land and there's nothing more tragic about where this one did,” said, Corporal Detective Johnny Capocelli. “Do I believe this was an intended act to harm somebody? No of course not. The circumstances that brought this together are as tragic as anything. However, whoever is the responsible party, did use a firearm in the commission of this tragic event," he added.

Capocelli is part of the Chesterfield Police Department's Unsolved Major Investigations Group that has been examining the case for the last several months.

“We're not going to stop until this is resolved,” said Capocelli. “There have been hundreds of people who have been questioned over the course of the last 5 years. Everyone who has been spoken to has provided little bits and pieces of information some of which people don't realize is important until later on."

“The investigation to this point has included interviews far beyond the neighborhood of Brandermill.”

July 4, 2013, was a beautiful day which led hundreds to the popular Chesterfield waterfront location.

Among them, and just feet in front of Frances and her family was 7-year-old Brendon Mackey.

“He was really excited to see the fireworks,” said Brendon's aunt Kelly Mackey, in an interview with CBS 6 on July 6, 2013.

Brendon Mackey was a name Frances wasn't familiar with but one she was about to remember for the rest of her life.

“It's in my head and in my heart every day but around this time of year it always sneaks up a little bit more,” said Frances.

“You are here to celebrate the Fourth of July. You have the unimaginable happen and this is where it happened here,” Capocelli said under a tree at Sunday Park.

Yards from where the Hopkins Elementary rising third-grader was eager to watch the fireworks, he collapsed before ever getting there with his father and aunt by his side.

“I heard like a small pop, but we thought it was fireworks we thought maybe he had just fell,” said Kelly Mackey on July 6, 2013. “When we saw all the blood I just knew.”

“I was right there when we was walking to the fireworks show when he was walking right beside me and when he fell to the ground and was struck in the head,” said Brendon's father Bryan Mackey, January 15, 2014.