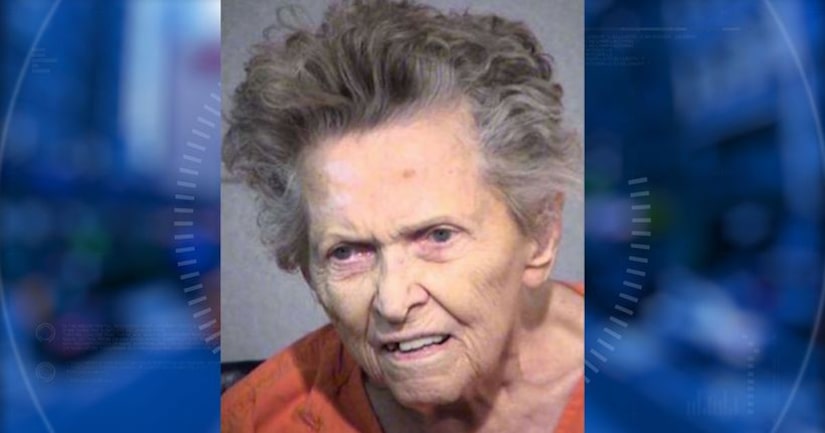 FOUNTAIN HILLS, Ariz. -- (KNXV) -- A 92-year-old woman is facing multiple charges after she allegedly shot and killed her son in Fountain Hills Monday because she refused to be admitted into an assisted living facility.

According to the Maricopa County Sheriff's Office, around 10 a.m., deputies responded to a call of an unknown trouble at a home near Palisades and Saguaro boulevards.

"According to statements provided by suspect Blessing and received by the detectives, she had been contemplating for several days her son's intentions to place her in an assisted living facility," MCSO said in a news release.

Blessing had reportedly concealed two pistols in the pockets of her robe and then confronted her son in his bedroom.

She reportedly told deputies that she removed the gun and fired multiple rounds, killing her son.

Blessing then pointed the gun at the son's girlfriend and the two struggled over the weapon when it became dislodged from her hand, officials said.

At that point, Blessing then reportedly retrieved the second gun and tried to point it at the girlfriend, who was then able to knock it from her possession.

The girlfriend then notified MCSO.

MCSO says they found Blessing sitting in a recliner chair when they entered the home. She was arrested without incident.

According to Blessing, her son had told her that she had become 'difficult to live with,' so he was going to put her in an assisted living home. During her arrest, MCSO says Blessing made the statement, "You ended my life, so I'm taking yours."