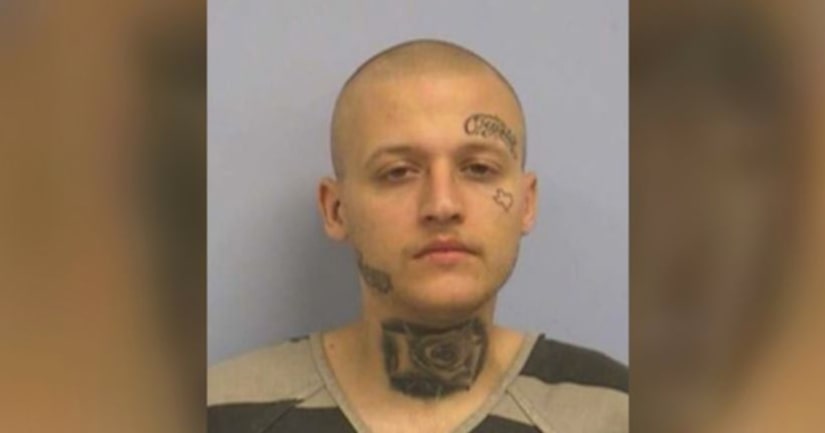 AUSTIN -- (KXAN) -- A man accused of punching someone following a dispute about a handicapped parking spot says he broke his hand, according to police.

On Saturday around 2:20 p.m. John Lawrence, 21, got into a fight with a 69-year-old who was upset that Lawrence had parked in a handicapped spot in front of the Whataburger restaurant on William Cannon Drive. The 69-year-old started yelling at Lawrence, and at one point dropped his cane. The victim also attempted to lift up a child safety seat, but he couldn't and the two men separated, according to surveillance video.

The 69-year-old was sitting in front of the ordering counter and Lawrence was on the other side of the divider when a woman then started fighting with the victim. Lawrence then allegedly got up and punched the 69-year-old multiple times, was separated by employees, then punched him again.

When police arrived, an officer "immediately observed blood splattered across the entire front half of the restaurant floor," according to an affidavit, and he found the 69-year-old holding a cloth to a 1.5-inch cut on his head.

The officer also saw Lawrence, "who was holding his right hand and was saying that is (sic) was broken. I asked if it was broken from hitting [the victim's] head and he said yes," the affidavit continued.