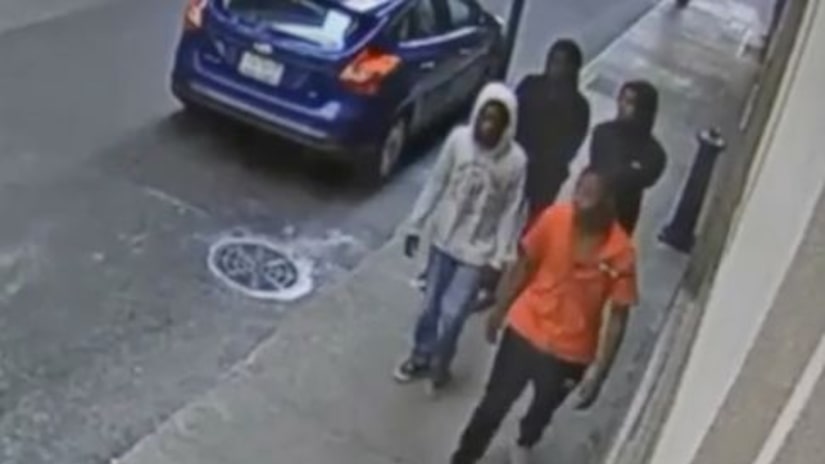 CHICAGO -- (WGN) -- Chicago Police believe four offenders caught on tape carrying out a strong-arm robbery may be involved in a number of other similar incidents.

In a city where cameras are everywhere, criminals still think they can get away with robbing innocent people.

It was 3:30 in the afternoon on Wednesday June 6th. This is what police cameras show. Four men walking west on Jackson, across the street from the Kluczynski Federal Building and in front of the Union League Club.

The men keep walking and then see a vulnerable target- a woman holding a small bag or possibly her phone. They violently rip it out of her hand. She spins around and falls to the ground. The attackers scatter

Chicago police would like to hear from you if you know these young men. They say if you see them, call 911, do not approach them.