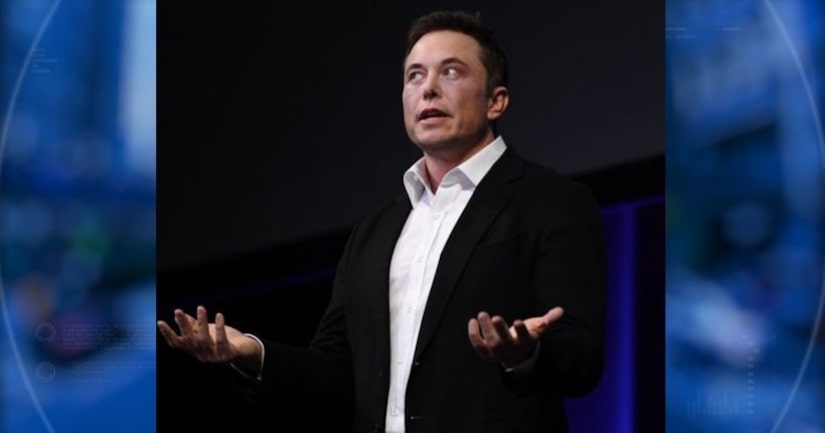 EVERGREEN, Colo. -- (WPTV) -- Unicorn farts, electric cars, and Elon Musk, the CEO of Tesla Automobiles - are all now part of a copyright controversy.

Colorado potter Tom Edwards says he created a mug of a unicorn magically powering electric cars about ten years ago.

In 2010, Edwards had no idea that his "farting unicorn" design would end up becoming national news in a battle between the co-owner of Tesla.

Edwards created the mug with the message “Electric cars are good for the environment because electricity comes from magic.”

Edwards has now hired lawyers to seek compensation from Musk and Tesla for using his design of the unicorn.

In 2017, Musk tweeted a photo that has now been deleted that showed an updated Tesla operating system. The system known as the 'sketch pad' had a hidden design very identical to Edwards' unicorn that could be found by pressing the 'T' button three times.

“It's a David versus Goliath kind of thing,” Edwards said. “He put a software upgrade in the automobiles that featured my design. At first I found it flattering, but then immediately recognized it was copyright infringement. But I didn't do anything. I mean, how do you fight a company like that? But then I hired a lawyer.”

According to Edwards, he hired Timothy Atkinson of Denver's Ireland, Stapelton Pryor and Pascoe law firm, who has contacted Tesla after a lot of attention came through the news media as well as social media.

Edwards said his lawyer is now seeking compensation and recognition for the design.

“I don't care about the money, that's what my lawyer is worrying about,” Edward said. “He'll decide what is a good number. To me it's priceless. What it's worth to me is, a small artist who gets their work stolen by a big corporation. I just want Tesla to do the right thing.”