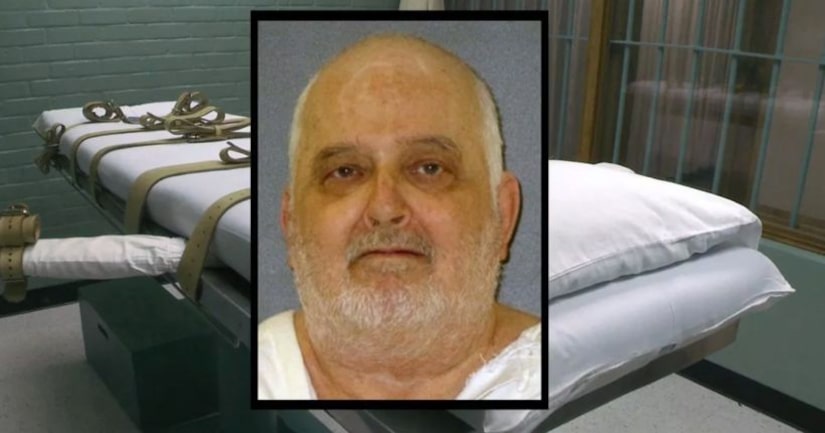 HARRIS COUNTY, Texas -- (KDAF) -- It was nearly 40 years ago when the brutalized body of 20-year-old Inez Deaton was found in a field near a deserted car wash in Harris County.

She had been raped and repeatedly stabbed with an ice pick in May 1979, and for about two decades, her murder went unsolved. Then in 1998, Danny Bible was arrested in Louisiana in another rape case, where he confessed during police interrogations to that rape as well as Deaton's murder, according to court records. He was dubbed “the ice pick killer.”

On Wednesday evening, Bible, who is now 66 years old and uses a wheelchair after a prison transport accident, is set to be executed for the crime. He is the second person to be executed under Harris County District Attorney Kim Ogg, a Democrat elected in 2016 who has drawn in the reins on the death penalty in the county that has sent more people to the execution chamber than any state aside from Texas itself.

“Some criminals' actions are so heinous, they earn the label 'worst of the worst,'” Ogg said in a statement after Bible's execution date was set in March. “The jury who listened to the facts and saw the evidence of the crimes Danny Bible committed clearly reached that conclusion by sentencing him to death.”

Bible and his attorneys are fighting his execution, in part by claiming that he is too sick to be put to death by lethal injection — that his veins are too weak and he will likely choke laying on his back on the gurney. Bible suffers from multiple heart and lung conditions. They've argued that since courts require inmates to propose an alternative when generally challenging a state's execution method, Texas could consider killing him using a firing squad or nitrogen gas.

“Because of his poor health, Mr. Bible has severely compromised peripheral veins, meaning it will be difficult, if not impossible, to establish two functioning IVs in his veins, creating a substantial risk of either a botched execution or an aborted execution attempt,” wrote one of Bible's attorneys, Jeremy Schepers, in his appeal to the 5th U.S. Circuit Court of Appeals Friday.

The brief pointed to other execution attempts on sick inmates that failed because officials couldn't find a vein. In February, Alabama officials called off the execution of Doyle Hamm, a cancer patient, after failing for hours to insert a needle. Last November, Ohio officials had to call off the execution of Alva Campbell, who also had cancer, used a colostomy bag and could not breathe lying down, for the same reason (He has since died in prison). And Ohio faced a similar complication before: in 2009, the state's attempted execution of Romell Broom failed, and Broom said the pain was so excruciating, he cried and screamed.

The state countered Bible's argument in its brief on Monday by first mentioning that he was a serial rapist and murderer and adding that his claims of an inhumane and painful execution were speculation. The state's attorneys also seemed to knock the other proposed execution methods — worth noting as the state has struggled to get a hold of new lethal injection drugs.

The federal appellate court rejected Bible's appeals Tuesday afternoon, though his attorneys have said they will seek relief from the U.S. Supreme Court. The lower courts have said Bible hasn't adequately shown that there would be difficulty finding a vein, nor has he shown that repeated, unsuccessful attempts to find a vein qualifies as cruel and unusual punishment.

Bible's recent state appeals have also fought to stop his execution by faulting the state's secretive and exceedingly rare clemency process — where the parole board can recommend that the governor reduce a death row inmate's sentence to life in prison shortly before execution. The parole board unanimously rejected Bible's clemency petition Monday.

Bible also argued that he should have been granted a new punishment trial — when jurors decide on issues that would lead to a death sentence or one of life in prison after finding the person guilty of capital murder — after a prison van accident left him disabled.

While being transferred from the county jail to death row after being convicted and sentenced to death in 2003, the prison van carrying Bible was in a head-on collision, according to court records. The drivers of both vehicles were killed and Bible was severely injured, leaving him unable to walk without assistance. In the Texas Court of Criminal Appeals, he argued that because of this accident and his disability, jurors may not have deemed Bible a future danger, despite his lengthy criminal background. To sentence someone to death in Texas, jurors must unanimously agree that a capital murder convict is a future danger.

The Texas court rejected the appeals on clemency and future dangerousness Friday.

Though Bible is fighting his death sentence, his lawyer said he has accepted the responsibility for Deaton's murder. Margaret Schmucker, his state appellate lawyer, said he was already serving a life sentence in Louisiana and would have never been released.

In his 1998 confession to Louisiana officers, Bible said Deaton walked into his uncle's house in 1979, where he was staying, and he raped her. He then stabbed her to death with an ice pick, put her in a garbage bag, and dumped her in a field, according to court records. She was a friend of his cousin, and the mother of a toddler.

Bible fled Texas when the young mother's body was discovered shortly after the murder, according to the state's filing, but his crimes did not stop. In Louisiana, Bible confessed to the 1998 rape that led to his arrest, Deaton's murder, and the 1983 murders of his former sister-in-law, her baby and her roommate. He also said he sexually assaulted his five young nieces. He had already served a prison sentence for one of the 1983 murders but was released on parole. He pleaded guilty and was sentenced to life without parole in Louisiana for the aggravated rape.

For Deaton, he got death.

Though Bible is fighting his death sentence, his lawyer said he has accepted the responsibility for Deaton's murder. Margaret Schmucker, his state appellate lawyer, said he was already serving a life sentence in Louisiana and would have never been released.

In his 1998 confession to Louisiana officers, Bible said Deaton walked into his uncle's house in 1979, where he was staying, and he raped her. He then stabbed her to death with an ice pick, put her in a garbage bag, and dumped her in a field, according to court records. She was a friend of his cousin, and the mother of a toddler.

FULL STORY: Danny Bible faces execution for a 1979 rape and murder. He says he's too sick for lethal injection. - KDAF