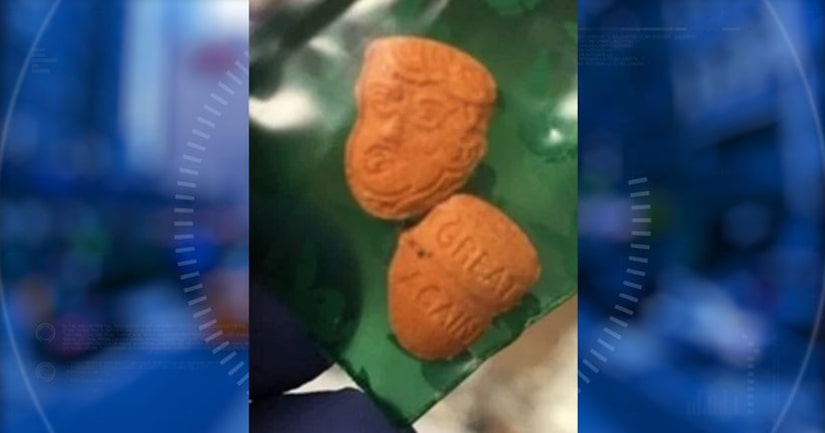 “This is the eighth straight year we have organized summer driving season kickoff patrols,” stated Indiana State Police Sergeant Dan Prus, who organized and oversaw the patrols. “Summer is a peak travel time with an increased volume of people traveling thought-out Indiana.

The ecstasy pills depicting the president's face were orange and had the phrase “great again” written on the back.