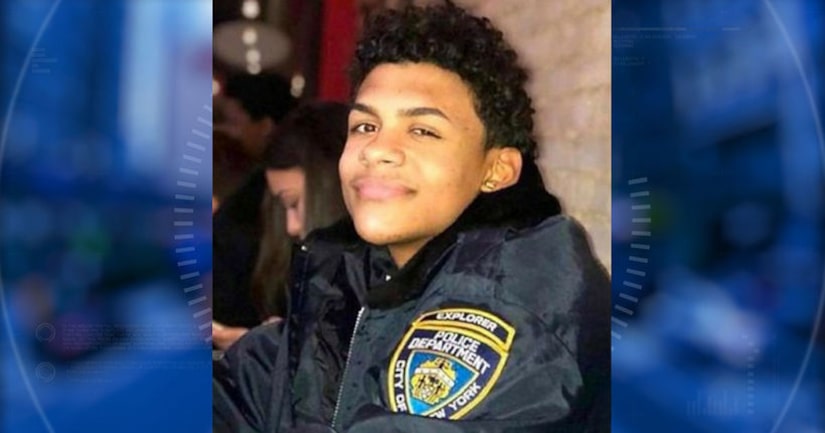 BELMONT, The Bronx -- (WPIX) -- An owner of a Bronx bodega broke down in tears Friday as he explained that he tried to help a 15-year-old boy who was hacked to death by alleged gang members at his store last week.

The June 20 killing of Lesandro “Junior” Guzman-Feliz sparked widespread community outrage over gang violence and prompted a petition calling for the bodega at East 183rd Street and Bathgate Avenue to be closed permanently.

Modesto Cruz said he panicked the night of the stabbing. He said it all happened so fast and he did not realize what was going on in his store.

"I just feel very, very bad," Cruz said. "I do remember his face. He was so scared."

New surveillance video shows Guzman-Feliz jumping over the counter and Cruz pulling him over, trying to hide him from the attackers.

Cruz told PIX11 that he was closing his store that night when Guzman-Feliz ran inside and tried to jump over the counter. Cruz initially stopped him for a few seconds until Guzman-Feliz started yelling, "They're looking for me!"

Cruz said he recognized the teen and noticed how scared he looked, so he tried to help.

But the attackers quickly spotted Guzman-Feliz behind the counter and dragged him outside, armed with knives and machetes. They stabbed the teen multiple times, mortally wounding him.

Cruz said he immediately called 911 and spent four minutes on the phone while the operator repeatedly asked him questions. He said he made it clear an ambulance was needed at the bodega right away.

Earlier video shows the teen entering the store and a man pointing toward the door, leading many viewers of the footage to believe that the teen was being kicked out.

But Cruz told PIX11 he was not kicking the teen out. He said the ambulance was taking too long so they were pointing at the door to tell Guzman-Feliz that the hospital was only a few blocks away.

FULL STORY: Bronx bodega owner says he helped 'Junior' during gang attack and has the video to prove it - WPIX