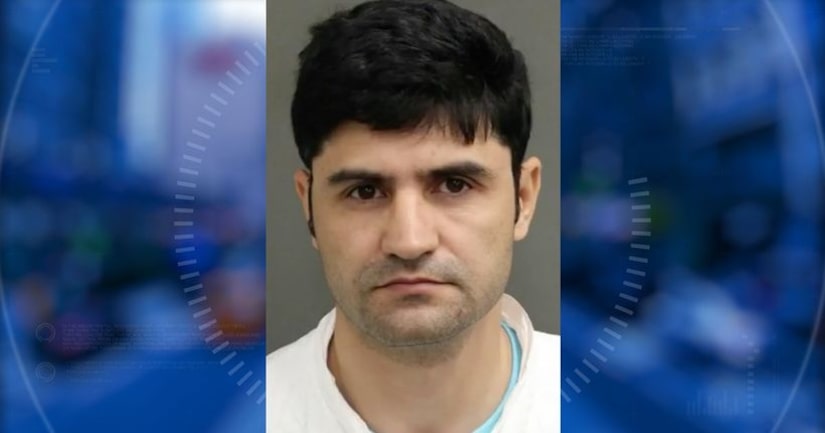 ORLANDO -- (WKMG) -- A professor at the University of Central Florida was arrested Thursday after police said he stalked a female student for months.

Officials from the UCF Police Department said Ali Borji, 39, an assistant professor, was arrested in his on-campus office on June 28. Borji has been charged with two counts of stalking. UCF spokesman Mark Schlueb said Borji had previously submitted his resignation, to take effect July 1, and has since been trespassed from campus.

"Our detectives acted swiftly in this case, as the UCF Police Department does when anyone feels threatened," Metzger said. "We have zero tolerance for this type of behavior."

Officers said the alleged stalking took place over the fall 2017 and spring 2018 semesters, with Borji sending the victim over 800 messages a day, some of which the victim described as "extremely disturbing."

The arrest report quotes some of those messages, saying Borji told the victim "you should be happy that somebody likes you this much to stalk you," and "you think I am sick and I may be! But I still love you."

Borji also told the victim he would create an artificial intelligence of her so he could "could do anything he wanted," according to investigators.

Law enforcement officials said they identified Borji as a suspect in a similar incident at the University of South Florida in which no arrests were made.

Police said Borji found the victim through Facebook in fall 2017 and began messaging her, offering her help with her degree program. After meeting a few times, Borji asked the victim on a date and she agreed, according to police. Officers said after a few dates, when the victim decided the relationship should remain strictly professional, Borji began stalking her.

Borji's arrest report said the victim told Borji she was not interested in talking to him and to stop contacting her.