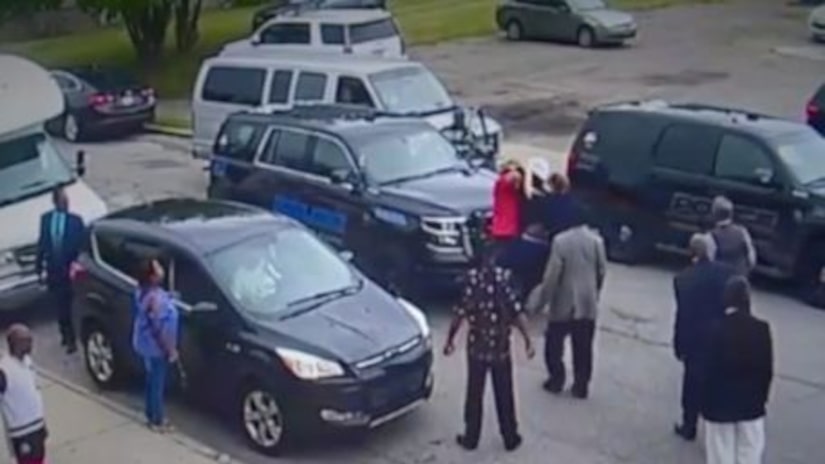 HIGHLAND PARK, Mich. -- (WXYZ) -- A woman present during an incident where a Highland Park pastor was arrested by police is saying that the arrest was warranted.

The woman, who asked to go by the name Karen, said that the police officer was justified in arresting Pastor David Bullock of Greater St. Matthew Baptist Church on Sunday.

"I felt like he provoked the officer. I really did," Karen said.

The woman said that she believes Bullock is using the situation to make himself look like a victim.

Bullock is pushing to have the officer fired, accusing him of assault and false arrest.

It all started Sunday, June 24, in the afternoon outside Bullock's church where a woman with mental health issues allegedly assaulted Karen's 13-year-old daughter and a man on the street.

Police responded and took the suspect into custody, but it was when an officer was trying to get information from Karen that she says Bullock interrupted them a number of times, including asking the officer why he needed Karen's address.

"I understood the officer needed it for his report," said Karen, who didn't understand why Bullock was questioning the officer.

Karen said the officer told Bullock several times to stop interfering in his investigation or he'd be arrested. Then Bullock told the officer to arrest him, she said.

That's when Karen said she started videotaping the incident that was quickly escalating.

The officer is seen on video shoving Bullock about 10 to 15 feet away, and returning to continue talking to Karen and her daughter. Within seconds, Bullock was back. That's when the officer turned to him and placed him under arrest.

"It was not racist at all. I felt sympathy for the officer," said Karen, who adds that the officer's tone may have been harsh. "It wasn't about the pastor. It was about my daughter who got assaulted and that mentally ill woman who needed help."