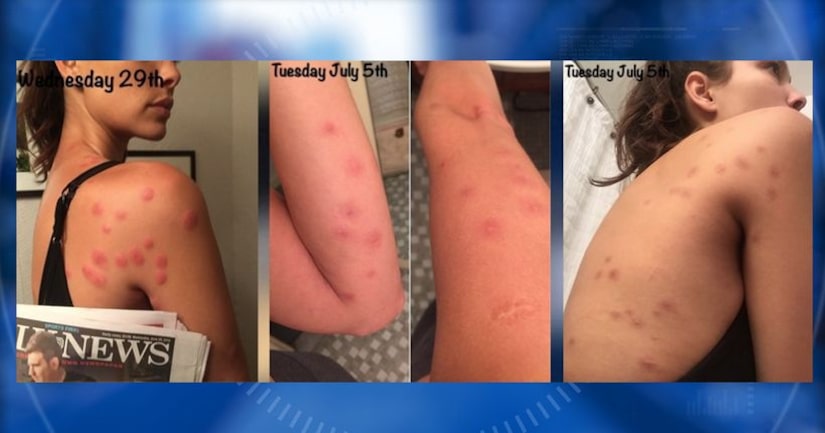 PALM SPRINGS, Calif. -- (KTLA) -- A woman who's modeled for Valentino, Versace, and Victoria's Secret is suing a Hilton hotel in Palm Desert, claiming she was “massacred” by bedbugs.

Brazilian model Sabrina Jales St. Pierre says she had a severe reaction to bedbug bites that required medical attention and affected her ability to model while staying at Palm Desert Embassy Suites two years ago.

Attorney Brian Virag, who secured in October a $546,000 jury verdict over bedbugs at a Hilton Garden Inn, says the bites “covering pretty much her entire body” were among the worst he's seen.

Jales St. Pierre was “embarrassed, ashamed, and humiliated” but had to keep working, he says, according to the Palm Springs Desert Sun, adding “she still experiences psychological trauma” and is seeking monetary and punitive damages.

Photos shared as part of the lawsuit, at least one of which includes a dated newspaper, show large red welts covering the model's shoulder, back, and legs, per the Los Angeles Times.

Describing the site of the 2016 incident as “an independently owned and managed franchise property,” Hilton directed questions to Embassy Suites. The general manager of the Palm Desert location essentially accuses Jales St. Pierre of lying.