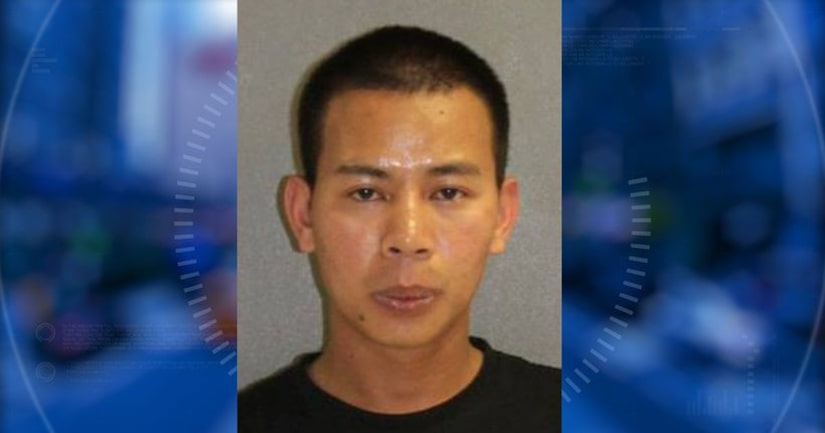 DeLAND, Fla. -- (WKMG) -- In an attempt to kidnap a 5-year-old boy, a DeLand man told his mother "I want your son" and then grabbed the boy's arm and attempted to walk away with him, officials with the Volusia County Sheriff's Office said.

Aung Pyo, 26, did not succeed, thanks to the boy's family intervening to protect the child, deputies said, and now Pyo is charged with attempted kidnapping, among other charges.

Deputies said the family was walking to a picnic table Wednesday night at its apartment complex at 300 S. Spring Garden Ave. when Pyo approached the boy.

The victim's mother said Pyo repeatedly told her "I want your son," before grabbing him. The 5-year-old's uncle and his mother's boyfriend didn't allow that and a friend took the boy into an apartment. However, Pyo ran to the door and attempted to get inside and "coax the boy out," the family told deputies.

"This grown man is still sitting here arguing with all of us," the boy's mom said in the 911 call. "He's trying to coax my 5-year-old son with all of us sitting out here to come outside."

The victim's mother said they have lived at the apartment complex for two years and she doesn't know if Pyo has ever tried to contact her son before.

During the 911 call the mother is asking Pyo why he is trying to take her son.

"You are not about to go in there and touch my son. Why are you trying to go into my house? What the (expletive) is wrong with you?" she is heard saying in the 911 call.

Authorities arrived and arrested Pyo. He is charged with attempted kidnapping, child abuse without great bodily harm and burglary of an occupied structure. The 26-year-old is held without bail in the Volusia County Branch Jail.