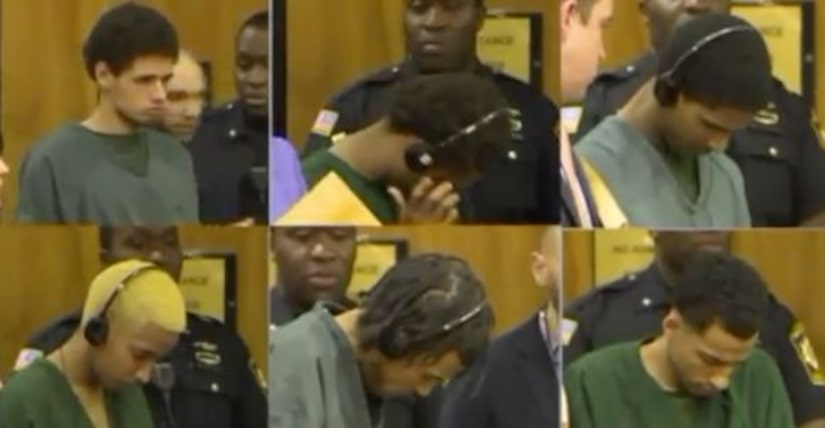 THE BRONX, N.Y. -- (WPIX) -- Police filed murder charges Wednesday against the six men extradited from Paterson to the Bronx in the death of a 15-year-old boy stabbed at a bodega one week ago.

Jose Muniz, 21; Jose Tavarez, 21; Joniki Martinez, 24; Daniel Fernandez, 21; Manuel Rivera, 18 and Antonio Hernandez-Santiago, 24 were charged with second-degree murder, manslaughter, gang assault and assault with intent to cause injury with a weapon. Muniz and Hernandez-Santiago were also charged with first-degree murder. Police also charged Rivera with criminal possession of a weapon.

All six men were taken into custody in Paterson in connection with the killing of Lesandro "Junior" Guzman-Feliz.

The six men taken into custody in New Jersey were all headed to court for arraignments Wednesday.