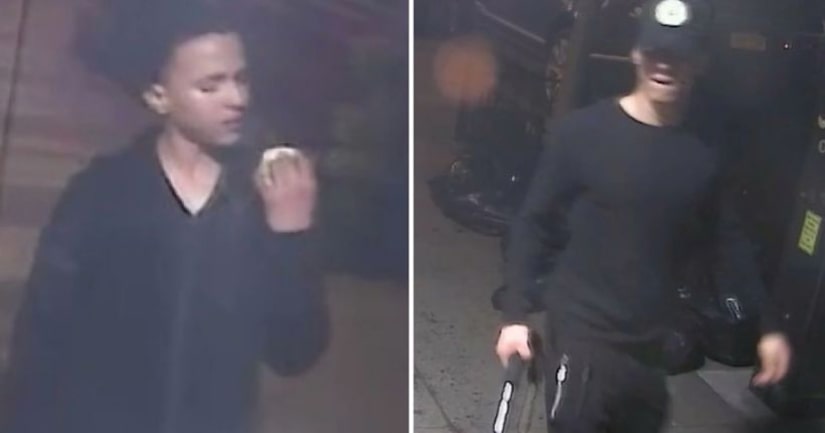 UPPER EAST SIDE, Manhattan -- (WPIX) -- Two members of a gang blamed in the deadly attack on a Bronx teenager last week are now being sought in a robbery and stabbing in Manhattan, sources said.

New video was released Wednesday of two males wanted in an attack that took place at about 4:40 a.m. Monday on East 75th Street, police said.

The victim, a 46-year-old man, was walking to work when he was approached from behind by two individuals who struck several times in the head, knocking him to the ground, police said.

The man was then stabbed before both attackers ran away, heading north on Lexington Avenue toward East 76th Street, according to police.

The victim was hospitalized for minor injuries, police said.

The individuals sought in the attack are allegedly part of the Trinitarios gang, PIX11 police sources said.

Several members of the gang have been arrested in the death of 15-year-old Lesandro "Junior" Guzman-Feliz, whose killing has sparked widespread community outrage.

Police said Trinitarios gang members are also being blamed for a stabbing on the Bronx River Parkway that left a 14-year-old boy critically injured.

Investigators said Wednesday that both of those stabbings are linked.

Guzman-Feliz was dragged outside a Bronx bodega and stabbed to death in an apparent case of mistaken identity. Eight people have been arrested in the slaying, officials said.

One of the people sought in Monday's stabbing is described as a 17- to 22-year-old male with a slim build. He was last seen wearing a long-sleeve black shirt, black pants, black shoes and a black baseball hat.

The second is described as being 17 to 22 years old, with a medium build and black hair. He was last seen wearing a black, hooded sweatshirt; dark-colored pants and white shoes.