LOS ANGELES -- (KTLA) -- The southbound 110 Freeway reopened in downtown Los Angeles Wednesday morning after a man who climbed a highway sign prompted authorities to shut it down.

Video shows officers responding to the scene as the shirtless man stands on the freeway sign for 6th Street and Wilshire Boulevard near the exit for Beaudry Avenue.

Signs reading "Fight pollution not each other"; "Give a hoot don't pollute"; and "Dephree" are seen hanging next to him.

At 9:26 a.m., the California Highway Patrol said four lanes on the southbound 110 freeway and the transition to the 101 south would be shut down for 45 minutes.

At around 10 a.m., three officers are seen standing on the sign as the man backflips and lands on an air mattress. Officials placed him into a wheelchair and put him in an ambulance. 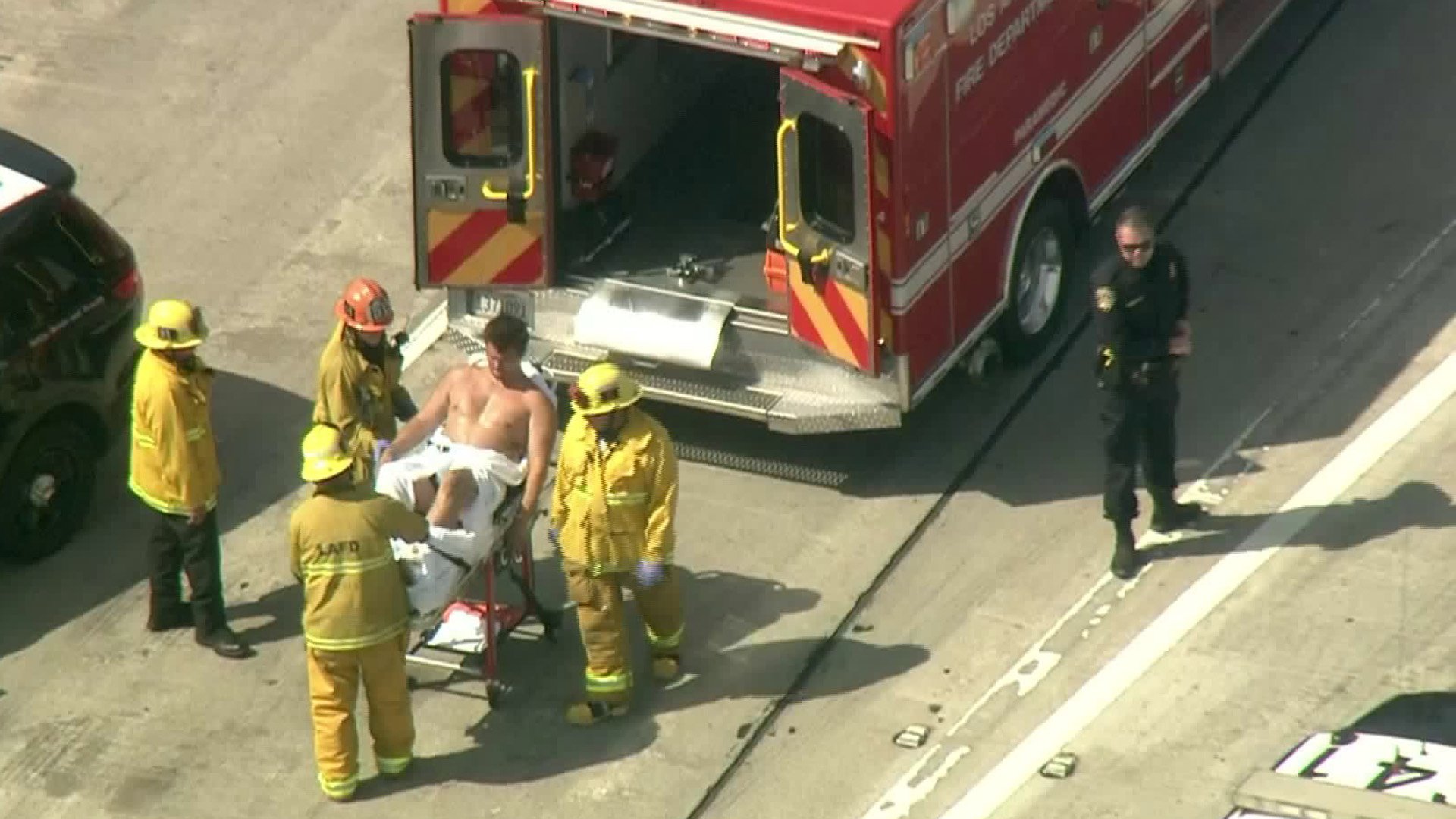 KTLA
Fire officials place a man into an ambulance on June 27, 2018.

The Fire Department said the man was safely taken into custody. All lanes reopened shortly before 10:30 a.m., according to CHP.