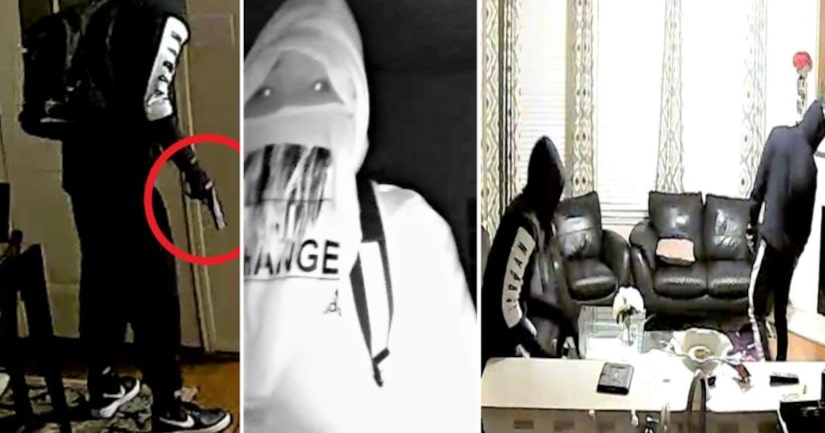 HOUSTON -- (KIAH) -- The rewarded was increased to $25,000 Monday for information leading to the arrest of four masked men accused of breaking into a family home near the Mission Bend area.

Deputies responded to a home in the 17300 block of Kenton Crossing Lane near FM 1464 and Westpark Toll Road at 3 a.m. Investigators said three of the suspects broke through the front door as a getaway driver waited outside. The men hit the home owner, injuring him, before grabbing his son and holding the boy down in a bathtub.

The group demanded cash before leaving the house with various items, according to deputies.

Officers met with the family at a nearby urgent care facility where the father and son were being treated. Investigators said the boy was not burned, but he did have fluid in his lungs.

Anyone with information should call Fort Bend County Crime Stoppers at 281-342-TIPS (8477).