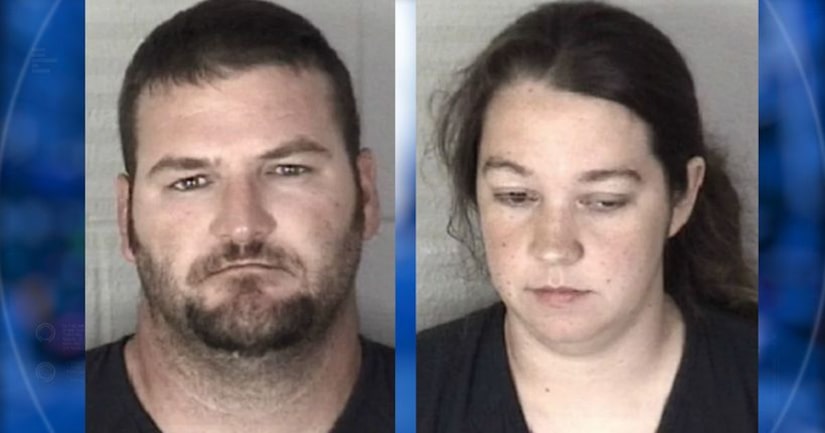 TIPPECANOE COUNTY, Ind. -- (WXIN) -- An Indiana couple is accused of tying up two children in a dark garage with a device meant to choke them.

Shannon Breaux and Ashley Stigers were arrested on charges of criminal confinement and neglect of a dependent.

According to court documents, a deputy visited their home in West Lafayette on June 20 after receiving reports that two children were being tied up at the location.

When the deputy arrived at the home, he observed a restraint system in the living room. Stigers told the deputy that Breaux would place a female juvenile in the restraint system to show her what would happen if she ever got in trouble when she grew up.

An interviewer with the Tippecanoe County Prosecutor's Office spoke with a male juvenile at the home who said Breaux tortures him by tying a rope around his neck and feet and then buckling his hands behind his back. If he moved his feet, he would be choked by the rope.

Breaux would then leave the boy in their dark garage. The boy said Breaux does the same thing to the female juvenile.

Once he was put in the device three times in one day for running, for not answering Breaux, and for not doing his chores.