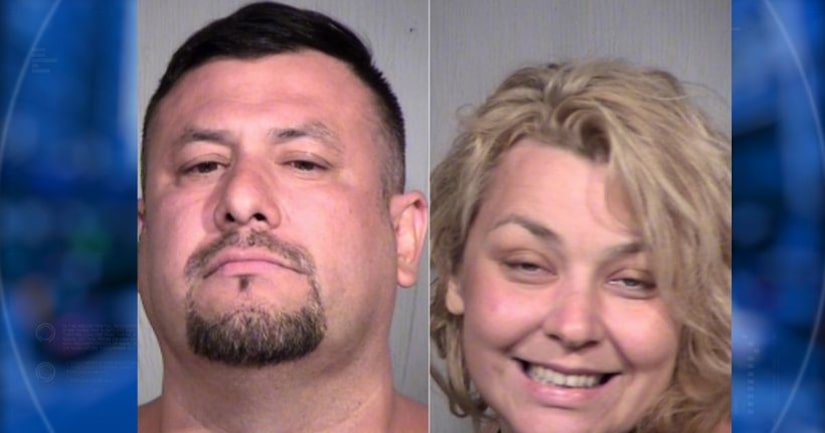 TONTO NATIONAL FOREST, Ariz. -- (KNXV) -- A couple is accused of having sexual relations in an outdoor recreational area in front of several witnesses, including children.

The Maricopa County Sheriff's Office reports that Tuesday afternoon they responded to the Phone D. Sutton Recreational area on the Tonto National Forest, which is just north of Mesa, regarding a couple exposing themselves.

This allegedly happened in the family gathering area near the river, court documents said.

Deputies say Ballesteros admitted "doing the good deed at the river by making love." She also reportedly said she was sorry it happened in front of children.

Galindo allegedly told deputies that they knew they were in a family area but didn't think they could be seen.