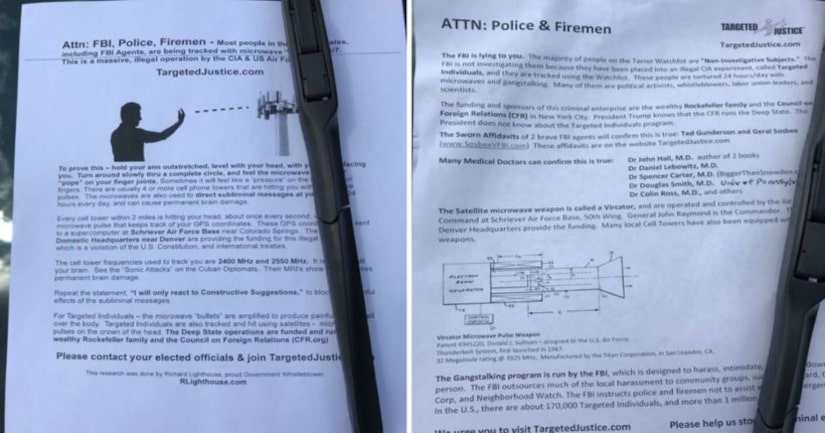 HARRIS COUNTY, Texas -- (KIAH) -- A sergeant with the Harris County Sheriff's Office is undergoing treatment Tuesday after touching a flyer contaminated with Fentanyl that was left on the windshield of his patrol unit.

The incident happened around 2 p.m. in the 600 block of Lockwood Drive, according to deputies.

The sheriff's office said multiple flyers were left on the windshield of the deputy's cars and when a sergeant went to remove one of the flyers he became ill. The flyer was taken and tested positive for traces of Fentanyl.

Authorities are warning citizens to not touch the flyers if they come across them.